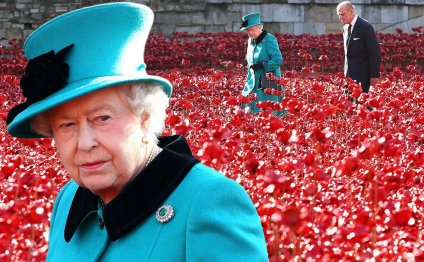 For a long time, powerful rulers tried to impress each other by exchanging living gifts. The exotic animals kept at the Tower showed the wealth and strength of the king. Animals were sent to London from the furthest corners of the known world.

An unusual royal gift
In 1235, King Henry III received three lions (or leopards) from Emperor Frederick II. The animals matched the three lions on the King’s shield, which still appear on the badges of the English football and cricket teams. The Emperor had just married Henry’s sister Isabella so this gift was a sign of their alliance and friendship.

The 'white bear' who loved to fish
Henry III received ‘a white bear’ from King Haakon of Norway in 1252 (believed to be a polar bear). The bear was one of the luckiest animals at the Tower as it was given a long leash so it could swim in the river Thames and catch fish.

The biggest animal gift
Henry III’s biggest animal gift was a male African elephant (received from King Louis IX of France in 1255). A monk who went to see the animal wrote: ‘the people flocked to see the novel sight…The beast is about ten years old, possessing a rough hide rather than fur, has small eyes at the top of its head, and eats and drinks with a trunk.’

Life for the animals in the Royal Menagerie was not easy. First they had to survive long journeys by sea and cart to reach the Tower. The Menagerie keepers tried to keep the animals alive but they often did not know how to look after the royal beasts properly. Animals were usually kept in cramped cages and often fed with food that was not part of their natural diet. It is not surprising that many died young.

Bloody battles
In the reign of James I, lions, bears and dogs were made to fight each other as entertainment for the King. He had a platform built so he and his court could watch these ‘Royal games’. The crowd wanted to see a bloody battle and were disappointed if the animals did not fight.

Poor Mary Jenkinson
A young woman called Mary Jenkinson got too close to the Tower lions in 1686. She had been stroking a lion’s paw when it suddenly caught her arm ‘with his Claws and mouth, and most miserably tore her Flesh from the Bone’. Surgeons amputated her arm but she died soon after.

The ostrich who ate nails
The crowds who visited the ostrich believed that these birds could digest metal so they threw nails for it to eat. They were partly right though because when a dead ostrich was examined in 1791, they found that it had indeed swallowed a nail.

The Fantastic Films of Vincent Price #50 - Tower of London