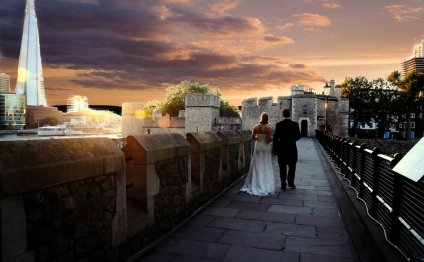 Encompassing almost 1, 000 years of history, the Tower's timeline will be back-dated to 1066 when London’s premier fortress and UNESCO World Heritage Site was established by William the Conqueror. Populated with infamous events, it will include: the execution of Anne Boleyn (1538); the torture of Guy Fawkes (1605); the murder of the two Princes in the Tower (1483) and the Great Fire of London (1666) - along with stories of iconic Beefeaters, legendary ravens and even some less bloody tales too!

Facebook launched the new timeline feature in September 2011, enabling users to post date up to 1, 000 years, and making it possible for the Tower to chart its rich history up to the modern day.

Historic Royal Palaces, the independent charity that cares for the Tower of London, has a dedicated Digital Media team whose role it is to engage with new audiences through social media such as Facebook. These interactions, made possible via these new platforms, enable the charity to help everyone explore the story of how monarchs and people have shaped society, in some of the greatest palaces ever built.

“It's an incredibly powerful way for modern audiences to engage with the Tower's rich history, in the same way they interact with their friends and record their own lives. We just wonder if Henry VIII and the Tower’s other infamous characters would have minded having their pasts scrutinised by the Facebook generation!”