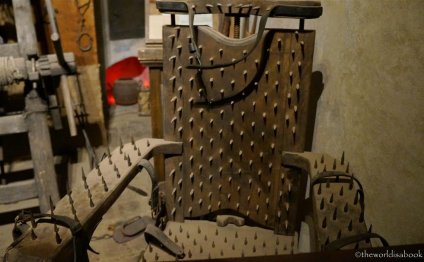 Henry VIII is famous for having six wives two of whom he executed at the Tower of London.

Henry VIII broke with the Roman Catholic Church and established the Church of England – all to get his first divorce. This also allowed him to seize church land and property (a great help in financing costly European wars). Under Henry VIII, England witnessed the wholesale destruction of beautiful monastic buildings and libraries.

Henry VIII's second wife, Anne Boleyn, had proved unable to provide him with the son he so desperately sought. Anxious to marry again, he accused Anne of adultery and treason; she was quite probably innocent.

Henry VIII's fifth wife, Catherine Howard, was quite possibly guilty of the same charge: being the twenty-something young wife of a 50-year-old man was no defence.

Though famous for his wives and over-indulgence, Henry VIII also presided over a Renaissance court where new ideas, new art and new architecture flourished. He established England as a real player on the European stage once again, remodelled government, and encouraged ‘modern’ notions of personality politics and self-publicity.

The next Tudor to make good use of the Tower was his daughter Mary who imprisoned his other daughter Elizabeth.

Mysterious Inhabitants Of The Tower Of London Part One