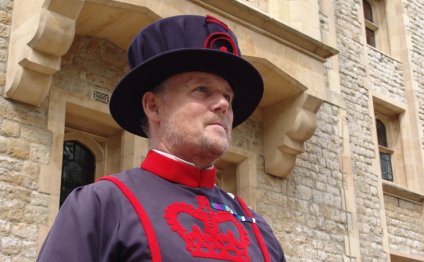 The Tower of London is a 900-year-old castle and fortress in central London that is notable for housing the crown jewels and for holding many famous and infamous prisoners.

Throughout its history, the tower has served many purposes: it housed the royal mint (until the early 19th century), a menagerie (which left in 1835), a records office, an armory and barracks for troops. Until the 17th century, it was also used as a royal residence.

William the Conqueror created the first fortifications after the conquest of London in A.D. 1066. The Norman invader lacked support among the people of the city and he feared its inhabitants could throw him out.

William of Poitiers, an 11th century writer who described William the Conqueror and his conquests, wrote that “certain strongholds were made in the city against the fickleness of the vast and fierce population.” These would come to include what is now called the “White Tower, ” the innermost building in the castle, which gained its named after the exterior was whitewashed in the 13th century by King Henry III.

Tower historian Geoffrey Parnell writes in his book "The Tower of London Past & Present" (Sutton Publishing, 1998) that the tower was expanded for about 250 years after William the Conqueror’s time. Today, the complex's series of buildings and fortifications sprawls over 12 acres (5 hectares).

Throughout its history the tower was used to imprison a wide range of prisoners, from deposed monarchs to more common criminals. Prisoners included Lady Jane Grey, who was queen for about a week in the 16th century before she was deposed by Mary I.

Also imprisoned there were two princes, Edward and Richard, ages 12 and 9, who were the sons of Edward IV (died 1483). They appear never to have left the tower alive and some thought they were killed by Richard III, their uncle who took the throne for himself.

Two of Henry VIII’s wives, Anne Boleyn and Katherine Howard, were both imprisoned and later executed. Henry VIII, who turned England into a Protestant country, also had a number of dissenting clergyman committed to the tower and later killed, including his former counselor Thomas More.

Another notable prisoner was Guy Fawkes, who in 1605 attempted to blow up the House of Lords and the monarch by detonating gunpowder in the cellars below. He was imprisoned in the tower and tortured.

“The king authorised the use of torture on Fawkes, with ‘gentler methods’ to be used first and, if he did not co-operate, more brutal ones later, ” writes historian Stephen Porter in his book "The Tower of London: The Biography" (Amberley Publishing, 2012). He notes that Venetian ambassador Nicolo Molin wrote that “for two successive days he underwent the most excruciating torture without saying anything except that the conspirators were twelve in number, whose names he would not mention.” Fawkes was executed not long afterward.

The history of torture at the Tower of London is a popular subject; however, Porter notes that many of the prisoners, particularly those of noble birth, were treated well. In some cases, they were even allowed to have servants at the tower and leave the castle at times.

Video on topic: Facts about The Tower of London

The history of the Tower of London stretches back almost 1, years – it is perhaps one of the most interesting of the Royal…