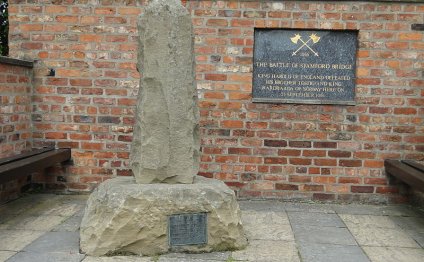 In September 1066, a Norman duke called William the Bastard landed in Sussex, determined to lay claim to the British Isles. His subsequent ascent to the English throne ushered in a new era and forever transformed the country’s culture, language and identity. Explore 10 facts about one of European history’s most influential rulers.

He was of Viking extraction.

Though he spoke a dialect of French and grew up in Normandy, a fiefdom loyal to the French kingdom, William and other Normans descended from Scandinavian invaders. William’s great-great-great-grandfather, Rollo, pillaged northern France with fellow Viking raiders in the late ninth and early 10th centuries, eventually accepting his own territory (Normandy, named for the Norsemen who controlled it) in exchange for peace.

He had reason to hate his original name.

The product of an affair between Robert I, duke of Normandy, and a woman called Herleva, William was likely known to his contemporaries as William the Bastard for much of his life. His critics continued to use this moniker (albeit behind his back) even after he defeated the English at the Battle of Hastings and earned an upgrade to William the Conqueror.

His future bride wanted nothing to do with him at first.

When William asked for the hand of Matilda of Flanders, a granddaughter of France’s King Robert II, she demurred, perhaps because of his illegitimacy or her entanglement with another man. According to legend, the snubbed duke tackled Matilda in the street, pulling her off her horse by her long braids. In any event, she consented to marry him and bore him 10 children before her death in 1083, which plunged William into a deep depression.

He couldn’t bear any disrespect toward his mother.

During William’s siege of Alençon, a disputed town on the border of Normandy, in the late 1040s or early 1050s, residents are said to have hung animal hides on their walls. They mocked him for being the grandson of a tanner, referring to the occupation of his mother’s father. To avenge her honor, he had their hands and feet cut off.

He made England speak Franglais.

William spoke no English when he ascended the throne, and he failed to master it despite his efforts. (Like most nobles of his time, he also happened to be illiterate.) Thanks to the Norman invasion, French was spoken in England’s courts for centuries and completely transformed the English language, infusing it with new words.

His jester was the first casualty of the Battle of Hastings.

William’s jester rode beside him during the invasion of England, lifting the troops’ spirits by singing about heroic deeds. When they reached enemy lines, he taunted the English by juggling his sword and was promptly killed, initiating the historic skirmish.

He was touchy about his weight.

Described as strapping and healthy in his earlier years, William apparently ballooned later in life. It is said that King Philip of France likened him to a pregnant woman about to give birth. According to some accounts, the corpulent conqueror became so dismayed with his size that he devised his own version of a fad diet, consuming only wine and spirits for a certain period of time. It didn’t work.

His body exploded at his funeral.

William died after his horse reared up during a 1087 battle, throwing the king against his saddle pommel so forcefully that his intestines ruptured. An infection set in that killed him several weeks later. As priests tried to stuff William into a stone coffin that proved too small for his bulk, they pushed on his abdomen, causing it to burst. Mourners supposedly ran for the door to escape the putrid stench.

when will business travel resume velana international airport find out who owns a business how to manage business stylish radiator covers when does skype for business end large outdoor rug gourmet society card chatsworth christmas market champions league final viewers worldwide 2022 stylish furniture how to name my business how to start your own eyelash business how much does a small business owner make outdoor patio furniture
Source: www.history.com

Video on topic: History of William the Conqueror

William the Conqueror Makers of History

CK2 | The History of William I - The Conqueror of England

History of the Castle