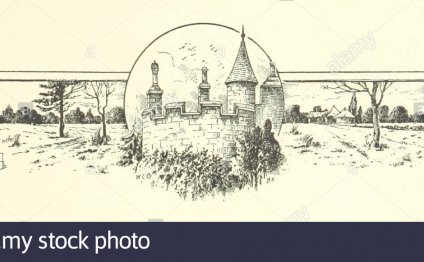 History of the Castle

The Normans were master castle builders. After 1066, England witnessed a massive castle building programme on the orders of William the Conqueror. First, motte and bailey castles were built. Once William had firmly established his rule in England, he built huge stone keep castles. By the time of Edward I, concentric castles were being built.

Castles were a sign of Norman power and might. They could be easily seen and as such acted as a deterrent. The castles warned the English that Norman soldiers lived in these castles and that any attempts to rise up against them would be met with force.

The castles also gave the Norman soldiers a safe place to live. They were, after all, invaders. William had built a temporary castle at Pevensey to house his troops when they landed in September 1066. This would have been a motte and bailey castle. These types of castles were quickly put up all over England after the Battle of Hastings to enforce Norman control.

made of wood quick to put up easy to repair big enough to house soldiers in safety had advantage of height as the castle was built on a motte; the Normans could see the English during the day a motte was a man-made hill you could keep animals in one as a food supply as they were high up, local peasants could easily see them

But motte and bailey castles had a number of weaknesses :

wood is a weak building material; therefore these castles could not be big wood can rot with the rain; it generally weakens with age wood can burn the motte can collapse with the weight of the castle on it they were not big enough to house bigger groups of troops

Once William felt that the English had been tamed throughout England, he moved on to building more permanent castles – ones that would last for centuries. These are called square keep or castles. The most famous of these is the White Tower at the Tower of London. Rochester Castle in Kent is another fine example of a Norman square keep castle.

The White Tower, Tower of London

made of stone so they lasted longer. Stone would not rot so the castles were a lot stronger than wooden ones. because stone is strong, it is possible to build up so that you have a height advantage and can see for miles. also the walls can be made very thick therefore making them very strong. The walls at Rochester Castle in places are ten feet thick. These castles were much larger than motte and bailey castles and could keep more soldiers in them. They were very difficult to attack because of their size.

Video on topic: History of the Castle

Portchester Castle: An introduction to the history of ...

PDF The Castle An Illustrated History of the Smithsonian ...

History of the castle

In September 1066, a Norman duke called William the Bastard landed in Sussex, determined to lay claim to the British Isles…

Windsor Castle Changing of the Guards

The Changing of the Guard is one of the highlights of a visit to Windsor. A band usually accompanies the Guards, although…