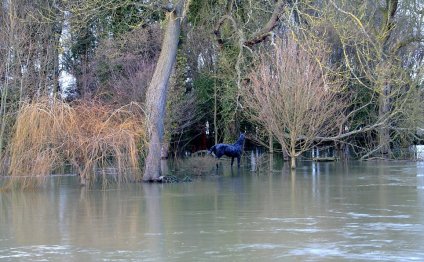 London is a great city to visit all year round, the city experiences the 4 traditional seasons and each one brings the city to life in a new way. The climate in London is typically mild and extreme weather conditions and storms are very rare.

Springtime in London (March to May)

London comes alive during the spring as temperatures rise to 12C to 18C on average but days can often feel much warmer when the city is basked in sunshine. Spring showers aren’t uncommon during March and April so you should remember a water-proof jacket and umbrella.

Why not take a visit to Kew Gardens, when all the flowers are out in bloom? It’s home to over 121 hectares of exotic species – the biggest in the world – and nestled in West London it’s a perfect sanctuary from the busy city. If you enjoy the quiet suburbs, take a train out to Windsor Castle, included in your London Pass, and visit England’s oldest castle, where the Queen still spends her weekends.

Summertime in London (June to August)

The summer is the most popular time of year for visitors to London. It is the warmest and driest time of year with temperatures ranging from 20C to 23C on average. The longest days are found during the summer when London can be light from 6am through to 9pm.

It is recommended you pack protection from the sun during hot days, especially when sightseeing and spending long days outside.

Make the most of the summer and see London the alternative way. Why not try the Thames River Cruise for a unique perspective of the city; or if you’re a fitness fanatic, try the London Bicycle Tour and take sightseeing to another level. If culture’s more for you, Shakespeare’s Globe runs an extensive Theatre programme in the summer months, so get the Tour for free with the London Pass and marvel at the open top theatre with a backdrop of a clear blue sky.

Autumn in London (September to November)

The autumn time is still a popular time to visit London, as temperatures can still be fairly warm during September and October with the cooler weather hitting the city in November. With Auburn trees lining the streets and late summer sunshine, London can often be very picturesque during this time of the year. Don’t forget the pack a jacket and warm jumper for those chillier days though.

Westminster Abbey is perfect for a cooler day where you can marvel at the gothic architecture and learn about the famous faces who walked through its doors. Steeped in history, this church is closely linked to the Royal Family and provides an interesting context to the monarchy that stands today. For a different kind of context, visit HMS Belfast for a look into Britain’s past and the Royal Navy. Docked on the Thames between Tower Bridge and London Bridge, it’s the perfect location for a walk along the river, too.

Winter in London (December to February)

London can get fairly cold in the winter with temperatures dropping to 2C to 8C on an average day, although it’s not uncommon for them to drop below zero. The winter also brings the shortest days of the year with daylight lasting until 4.30pm most days.

It can sometimes snow in London during the winter and the city can look stunning under a blanket of snow. Make sure you bring a warm coat, scarf and hat when visiting the city during these cold months.

Take shelter from the cold in Churchill’s War Rooms and learn about the life of the mastermind during WW2. This secret shelter is a fascinating journey into wartime Britain and Churchill’s efforts during the war. The National Gallery is also the perfect hideaway where you can appreciate centuries’ worth of iconic paintings and portraits with a free audio guide. Discover the works of Michelangelo to Monet, and everything in between – a great way to stay warm and dry!