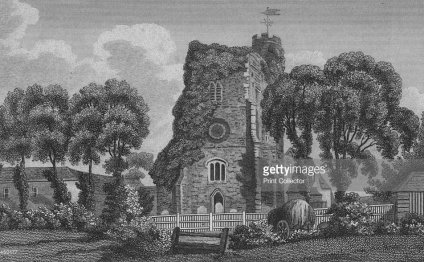 "men of superior quality"
The association that FitzStephen seems to imply between sports and the men of the city is that it is the heavy involvement in sporting activities that produces manly males. On the other hand we should not forget that this account of London is a preface to the biography of Londoner Thomas Becket, a man of superior quality in FitzStephen's eyes.

"weak slaves of lust"
This quotation, part of which is missing from the L.C. version, in this context means decadent.

"church of St. Paul"
St. Paul's cathedral was founded in the early 7th century as the seat of the bishop of the East Saxons. After fire destroyed one of a succession of versions of the building in 1087, it was rebuilt on an even larger scale and this version lasted throughout the Middle Ages. It was the largest structure in the city.

"if the citizens return to this island"
The seemingly cryptic phrase "if the citizens return to the island" (which I have modified with a slight clarification) has been identified as an allusion to Geoffrey of Monmouth's History [Leo Gourde, An Annotated Translation of the Life of St. Thomas Becket by William Fitzstephen, M.A. thesis, Loyola University, Chicago, 1943, p.2] specifically the prophecies of Merlin therein. Professor Brooke believes that in his adaptation of part of one of the prophecies, FitzStephen envisaged a possible restoration following the Second Coming of Christ. However, Derek Keene, while agreeing on the source, links the phrase to Geoffrey's portrayal of the relationship between Britain and Brittany and the possibility that Britons would return from the latter to the former ["Text, Visualization and Politics: London 1150-1250", Transactions of the Royal Historical Society, 6th ser., vol.18 (2008), p.90]. How FitzStephen saw the connection betwen that issue and the upgrading of London to an archbishopric is less clear, but it is evident he was torn between his loyalties to Canterbury and London.

"just grounds"
The L.C. version of the passage concerning whether Canterbury or London should have metropolitan status (i.e. the head of an ecclesiastical province) omits  probably more than a scribal error  an additional argument favouring Canterbury: that Becket's tomb was there.

"one hundred and twenty-six"
The number of 126 parish churches cannot be confirmed with certainty, but historians generally accept the high figure on the understanding that the "suburbs" included a large surrounding area of what is now Greater London. Having said that, it is likely that most of these churches (perhaps a hundred or so) lay within the city walls. English townspeople seem to have preferred worshipping in small churches with their close neighbours.

"royal fortress"
The fortress on the east side of the city was the Tower of London, built by William the Conqueror to ensure his control of one of England's power centres, which had resisted his claims to sovereignty. Although its size, intentionally, overawed the citizens, the Tower in the 12th century occupied a smaller site than it did later: basically the great keep (the White Tower) atop an existing small hill, surrounded by a palisaded ditch/rampart. The myth about the keep's mortar being mixed with the blood of beasts perhaps, Brooke cautiously implies, had some connection with the fact that butchers operated in East Smithfield, to the northeast of the Tower. FitzStephen's choice of "fortress" to describe the Tower, as opposed to "castle" for the other Norman strongholds in London, may have been intended to differentiate the royal bastion from those that were privately held.

"castles"
The western strongholds, likewise probably built by William the Conqueror or with his permission, as part of his early programme to subdue England, were (subsequently) known as Montfichet Castle and Baynard's Castle, both named after families who at one time held the lordships of those fortifications. Castle Baynard was built in the southwestern corner of the city, just inside the city wall, and its lords later claimed  perhaps with justice  to hold the hereditary generalship of the city militia. The original castle lasted only to the 13th century, when the site was given to the Dominicans, although a more scaled-down version was later built. The site of Montfichet Castle is not known with certainty, but was probably just to the north of Baynard's, and was also gobbled up by the Dominican precinct.

Video on topic: Description of London

If you’ve ever been to London, or even seen a picture of London, you’ve probably seen the giant clock tower at the corner…