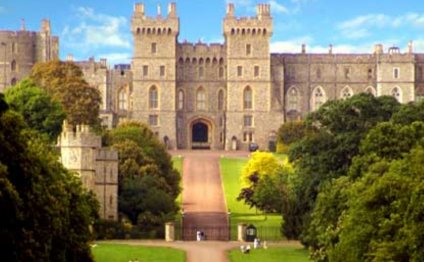 Windsor Castle and the Palace of Holyroodhouse will undergo an impressive £37million refurbishment over the next few years. Visitors to the royal residences will have a "more direct, fulfilling and meaningful" experience as new spaces are opened up to the public for the first time ever.

At Windsor, tourists will be welcomed into the castle through the original entrance hall which has previously only been used for heads of states and the Queen's official visitors.

From there, members of the public will have access to new areas, including medieval ones, to give visitors a true sense of how old the castle is.

While visitors will not be able to have tea with the queen as such, Windsor will also receive its very first public cafe as part of the refurbishment programme. The cafe will be situated in the 14th century Undercroft, one of the oldest surviving parts of the castle that used to function as the principle cellar and larder.

The Palace of Holyroodhouse in Edinburgh will undergo a £10m refurbishment

The renovation at Windsor is thought to cost an estimated £27m while £10m will be reserved for the Palace of Holyroodhouse in Edinburgh.

The Royal Collection Trust, a charity that manages the royal residences and receives no public funding, is financing the building works from the sale of ticket admissions, gift shops and royal souvenirs. Refurbishment will commence at the start of 2017 and hopefully be completed in 2018. Both palaces will remain open.

Windsor Castle, where the Queen is pictured, is one of Her Majesty's favourite royal residences

Tourists have flocked to Windsor Castle and the Palace of Holyroodhouse for centuries to see the treasure-filled historic residences. Windsor, which has been home to 40 monarchs, opens its doors to more than 1.5 million visitors annually, perhaps given its close proximity to London and fame as one of the Queen's favourite retreats.