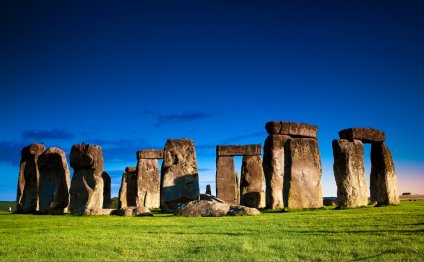 The world famous Stonehenge is situated around 90 miles (145 kms) west of Central London. Taking into consideration traffic in London its best part of a 2 hour journey for a tour bus. If there is one thing you are not short of is choice in tours that go to Stonehenge.

Stonehenge is isolated and not served by public transport. If you just want to see Stonehenge its both quicker and cheaper to take a tour bus than travel independently. Because of the travel time out to Stonehenge and the fact few people need more than an hour at Stonehenge the vast majority of tours to Stonehenge are full day tours that combine Stonehenge with one or two other major attractions, the most popular tour being the Windsor, Stonehenge and Bath tour.

For the rest of this page we go through the broad choices of tour available on the market.

The Windsor, Stonehenge and Bath itinerary is the most popular itinerary for a day tour from London that visits Windsor Castle. There are several tours every day of the year including Christmas Day when Windsor Castle isn't even open!.

Although the basic itinerary of 2 hours at Windsor, just under 2 hours at Stonehenge and 75-90 minutes at Bath is fairly constant there are tweaks to this format between the tours available.

Tours to Stonehenge from London

Your day trip starts with departure from London by coach for the drive just west of the city, where you’ll arrive at your…

Tower of London Tours with the Beefeaters

The Tower of London is old, very old. The central White Tower was built by William the Conqueror after his invasion of England…