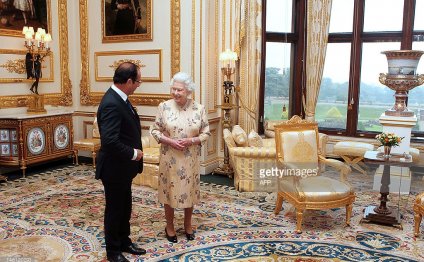 As a tourist destination, London can consider itself fortunate. Not only is its center jam-packed with cool attractions, but beyond its periphery, London is surrounded by fantastic places to visit. We’ve blogged before on London’s cornucopia of first-rate draws: outstanding museums of art, design and history; historical palaces that once housed Henry VIII, Queen Victoria and Princess Diana; impressive cathedrals; great shopping; seriously fun pubs; amazing theatre performances; spectacular gardens; and world-class concerts and sporting events. Our point: there are so many things to do in London that you’d be hard-pressed not to find something you love.

As we’ve mentioned before, if you intend to visit London you’ll be pleased to know many of its best places to visit are free (exceptions: must-see attractions like the Tower of London and Westminster Abbey). For travelers spending a week in London, many folks want a town and country experience, which means spending a day or two outside of England’s lively capital. Therefore, this post is for those of you who want to find out about the best day trips from London. Some of these lovely spots lie on London’s outer edges, while others make for longer, exciting escapes. We’ll tell you what to see and how to get there. Without further ado, here are eight great day trip ideas:

We all know the British have a fierce reputation for their green-thumbed skills. If you’ve ever wanted to experience English gardening at its finest, this is your chance. Kew Gardens lie along the banks of the River Thames just 10 miles west of London, making this an easy, relaxing day outside of the big city. The gardens epitomize the English landscaped gardens that became fashionable all over Europe in the 1700s. The 250-year-old Royal Botanic Gardens, as they’re officially known, are so impressive that they’ve been made an official World Heritage Site. Spread out across 300 acres, the gardens are home to an extensive arboretum, the Azalea Garden, the Rhododendron Dell, art galleries, the Waterlily House, pretty cottages, beautiful ponds, a treetop walkway, and perhaps most famously – Victorian glasshouses. Check out this if you’d like to learn more.

How do you get there?

To reach Kew Gardens from London take the London Underground to Kew Gardens Station. If you intend to travel a lot in London by tube, considering getting a reusable Visitor Oyster card that you can add money to as needed.

The origins of this marvelous prehistoric site remain a great mystery to scholars. Dating back over 5000 years, the massive size of the stones and their precise layout have long puzzled archaeologists. For example, how did the builders manage to transport the stones over 150 miles?! Some scholars believe that pagan inhabitants constructed Stonehenge as a religious or spiritual temple connected with the summer solstice. Numerous burial mounds and the magnificent stone circle at nearby Avebury make this area extremely rich in Neolithic heritage.

To learn more about theories on Stonehenge, click Many visitors often combine a visit to this fascinating World Heritage Site with the historic cities of Salisbury, Winchester and Bath.

How do you get there?

For preservation reasons, access to Stonehenge is complicated. It is best to visit Stonehenge on a guided tour from London.

With the current popularity of the Downton Abbey television series, it’s no surprise that a visit to its filming location has become one of London’s most popular day trips! Located 70 miles west of London in the county of Hampshire, Highclere Castle still serves as the home of the current Earl and Countess of Carnarvon. A visit to this amazing Victorian castle features its exquisite interiors as well as its 1000 acres of beautifully landscaped parkland. To learn more about the making of Downton Abbey at Highclere Castle click

Tours to Highclere Castle often take visitors to the village of Bampton, which is used on the show as the village of Downton, as well as to the university city of Oxford.

It is possible to take the train or bus to the town of Newbury, and from there you can catch a taxi to the castle (roughly 15 minutes). However, because of the castle’s popularity and limited opening days, we recommend signing up for an official Downton Abbey sightseeing tour from London.

Another historical English gem is the city of Bath, a World Heritage City. Located in the pretty county of Somerset, Bath has been accommodating tourists for over 2000 years. When the Romans arrived they were delighted with the natural springs in the area and began to construct temples and sophisticated bathhouses. While the medieval era was not kind to Bath, in the 16th century its status as a spa resort took off! The construction of impressive theaters cemented Bath’s reputation as a playground for aristocrats during the 17th, 18th and 19th centuries. Today visitors travel to Bath to see its beautiful Georgian architecture, its exceptional Bath Abbey, and of course the ancient Roman Baths. While it is certainly a long day, when making a day trip to Bath from London, travelers often stop en route to visit Windsor Castle or Stonehenge.

If you intend to solely visit Bath, you can take the train from London’s Paddington Station (roughly 90 minutes each way). If you’d like to combine Bath with Windsor Castle, Stonehenge or Avebury it’s best to sign up for a guided day trip from London.

Traveling just 20 miles outside London will take you from the land of muggles into the magical world of wizards, Death Eaters, goblins, dementors and dragons. That’s right. This is your chance to see the incredible sets used in the Harry Potter film series. Enter the Great Hall, see Ollivanders wand shop on Diagon Alley, sip a frothy Butterbeer or ride a broomstick! (Tip: if you’re embarrassed about how terribly exciting this sounds, you can always pretend you’re going for your child.)

To travel from London to Leavesden take a combination of public transport options, an inexpensive shuttle bus, or a pre-arranged sightseeing tour.

As river travel was frequent centuries ago in and around London, you can see why so many English kings, queens and aristocrats chose to construct their fabulous palaces along the banks of the River Thames. Hampton Court Palace is one such place, and history fans cannot err with a visit to this extravagant, historical palace. There are two main eras associated with the look of the palace. The first dates back to the 16th century to the reign of Henry VIII who along with his many wives and head advisor, Cardinal Thomas Wolsey, called Hampton Court home. That just wasn’t grand enough for William III and Mary II, who commissioned a baroque palace adjacent to the original Tudor structure.

Entry to the palace also includes access to its scenic environs: 60 acres of beautiful gardens, 750 acres of parkland and a 300-year old, seven-foot-tall maze that spans half a mile!

Located in the Borough of Richmond, the palace is considered part of Greater London and is easily reached by underground.

Video on topic: Castle outside London

Lady from Korea on a guided tour outside London | Leeds ...