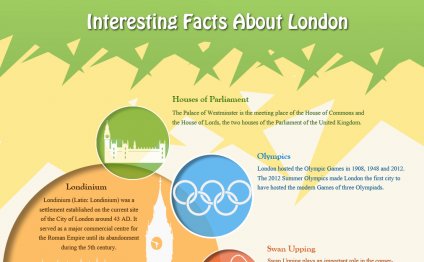 This Sunday, 13th April 2014, nearly 40, 000 runners will take to the streets of London to take part in the annual London Marathon. The runners include professional athletes, keen joggers, people wearing fancy dress costumes to raise money for charity and even some famous people!

1. Do you know where the name ‘Marathon’ originates from? In 490BC, the Greeks beat the Persians on a battlefield in a place called Marathon. A Greek called Pheidippides ran from Marathon to Athens (24.8 miles) to tell everyone about the victory. Unfortunately, he was so exhausted after the long run that he collapsed and died!

2. The London Marathon is actually 26.2 miles long (26 miles, 385 yards). The reason for this is, in the 1908 London Olympics, the distance was extended so that the royal family could watch the start of the race from Windsor Castle and the end of the race from the royal box in the Olympic stadium.

3. The London Marathon was founded in 1981 by Chris Brasher. The first London Marathon took place on 29th March 1981 and has been running every year since then in the spring.

4. The London Marathon is the largest annual fundraising event in the world according to the Guinness World Record! Since the first marathon in 1981, participants have raised more than £500 million and donated it to different charities.

5. in 2002, a charity runner called Lloyd Scott wore an extremely heavy deep-sea diving suit weighing 110lb while running (or walking!) the London Marathon. It took him 5 days and 8 hours to complete the course! Since then, new regulations have been put in place stating that the race must be completed within 24 hours.

6. In 2011, a football freestyler called John Farnworth completed the marathon while kicking a ball up between his right and left foot with every step. He finished the course in 12 hours 15 minutes and did not drop the ball once!

8. A group of runners called the ‘Ever Presents’ have completed the London Marathon every year since the first one in 1981! There are 15 Ever Present runners who will be taking part this year, the oldest being 79 years old, so remember to look out for them.

10. Every year, runners try to break official Guinness World Records and this year is no different! There will be over 100 people trying to break records on Sunday including ‘fastest man dressed as a toilet’, ‘fastest marathon carrying golf clubs’ and ‘fastest marathon in high heels’!

Where to watch the London Marathon

With so many people taking part in the marathon to raise money for charity, why not go along to watch and give your support?

On this map you can see a route of the London Marathon so you can choose a spot to stand and cheer on all the runners passing you!

15 Interesting Facts About The London Underground