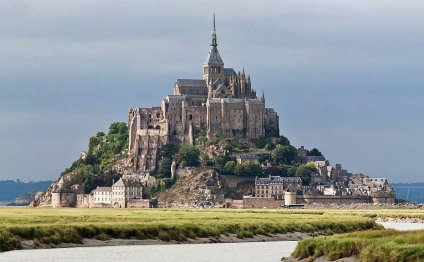 Staff at Windsor Castle, one of Britain's most popular tourists sites, begin voting Tuesday on whether to go on strike over low wages. It is the first time Queen Elizabeth is facing such an action by members of the royal household.

The union representing 120 employees at Windsor Castle — everything from wardens to ticket office personnel — will ask members to decide whether to take action.

At the heart of the issue is whether workers should be expected to carry out extra duties, such as giving tours and acting as interpreters for visitors, at no extra pay, according to the BBC.

The head of the Public and Commercial Services Union, Mark Serwotka, says, "It is scandalous that staff are so appallingly paid and expected to do work for free that brings in money for the royal family. Workers at Windsor Castle are paid less than the living wage of roughly $12 an hour, and that new employee can start at just over $20, 000 a year."

The union says it has proposed non-strike action that would involve "the withdrawal of goodwill, " such as giving tours of the castle to paying visitors, The Guardian reports.

The newspaper says the Royal Collection Trust, a charity responsible for Queen Elizabeth's official residences, said employees could volunteer to give tours but they are not compelled to do so.