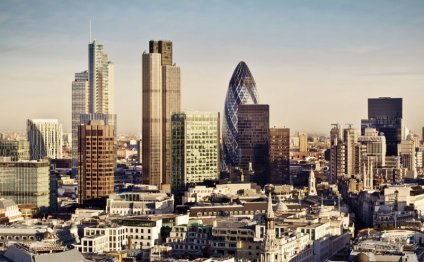 All about London for Kids

Just how far back does this wonderful city's history go? Learn about London's history with Activity Village and enjoy our related activities for children.

It is thought that London in prehistoric times was merely a collection of scattered rural settlements. Spear heads and weapons from the Bronze and Iron Ages have been found around the Thames, and a recent archaeological dig near Vauxhall discovered evidence of a possible wooden bridge across the Thames around 3, 000 years ago!

It was the Romans who were responsible for the city we know today as London. They invaded Britain in AD43, and soon afterwards founded the city of Londinium. It is thought that the original city was small - about the size of Hyde Park!

In AD60 Queen Boudica (also known as Boadicia) of the Iceni tribe rose up against the Romans, who fled. The city was burned to the ground. However, the Romans eventually regained control and rebuilt London, this time adding a Forum (market) and Basilica (a business centre), and slowly building a wall around the city to protect it from further invasion.

The area inside the defensive wall is now known as The Square Mile, or The City, and is the financial centre of the UK. There is much evidence remaining in the City of the Roman city of Londinium, and often when new buildings are built and excavations are made, exciting archaeological finds are made!

The Romans left at the beginning of the 5th Century as the Roman Empire crumbled, leaving London largely deserted. Britain was invaded by the Angles, the Saxons and the Jutes (who came from Holland, Germany and Denmark). These Anglo-Saxons were farmers and tended to live outside big towns. We know very little about what happened to London in this period.

By the beginning of the 7th Century the city had become important enough to justify the building of a cathedral, St Pauls. There is still a cathedral (but not the same one!) on the same spot.

Once again we know very little about London for a few hundred years, although during the 9th and 10th Centuries there were many attacks by the Vikings.

It is thought that this nursery rhyme probably records an attack against London by the Viking, Olaf, at the beginning of the 11th Century.

Soon afterwards, the Normans invaded from France and William I (William the Conqueror) took control. He quickly began to build a stronghold to guard London - the Tower of London. The Tower has been used as a castle and a palace, a zoo and a weapons store, a mint (where coins are made) and a prison. We have colouring pages of the Tower of London here (2 versions, for older and younger children):
London Colouring Pages

Learn to Draw the Tower of London

A crowded and smelly city!

The city grew up within the original Roman walls, which were repaired and built up. Houses were made of wood and plaster and crowded together very tightly, with the upper floors leaning out over the streets, which were either cobbled or dirt. Rubbish was thrown out of the windows onto the streets below!

In the early 13th Century, King John showed how important London had become by granting the city the right to elect a Lord Mayor every year. The most famous of the early mayors is Dick Whittington, who was Lord Mayor four times between 1397 and 1420. You may already know the popular and very well-known story about Dick Whittington (not based on his actual life).

If you go to the Square Mile today, you will find lots of evidence of Medieval London in the street names, which tell of the trades and shops which were established in those times. Pudding Lane, Bread Street and Milk Street are obvious examples! The tailor shops were based in Threadneedle Street, and you can find Ropemakers Square, Silk Street, and Poultry too.

There are a number of streets with gate in their name, such as Bishopsgate, Moorgate, etc. These were the original gates in the defensive wall, where people could enter or leave the city.

London was the centre of trade and government under the Tudor monarchs. We know that there were about 200, 000 people living in London by 1600. There were three main areas of population: within the old City walls, in the nearby town of Westminster, and on the south side of the river, in Southwark. Most of London as we know it today was still fields. The Tudors established a number of palaces in London and the area around, and also made deer parks so that they could indulge in their favourite occupation of hunting. You can still see deer in Richmond Park, in south London.

The river Thames was very important in Tudor times as Britains navy was expanded. Dockyards were built and ships were sent to explore the world - the Americas and India, for example.

Shakespeare and The Globe

The first theatres were built in London during this time. The most famous is of course The Globe, in which Shakespeare owned a share. His plays were performed there. The original theatre was burnt down in 1613 and immediately rebuilt, but closed by the Puritans in 1642. In the 1990s a new Globe Theatre was built, as close to the original as possible, and thrives with constant productions of Shakespeares plays.

The 17th Century was an unsettled time for Britain, and particularly London.

"Remember, remember the fifth of November, Gunpowder, treason and plot "

In the 1640s civil war raged in England, with Charles I and his army battling against Parliament, led by Oliver Cromwell and based in London. The King lost and was beheaded in London in 1649. The reign of Parliament did not last long, however, and Charles II was crowned in Westminster Abbey in 1660.

Video on topic: All about London for Kids

All About Owls for Kids: Backyard Bird Series - FreeSchool

The best day out for kids in London? Young Londoners tell all!