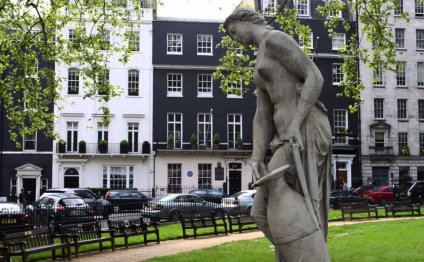 Having spent many merry days exploring the great castles of England, it's hard to pick favourites!

Instead, I've tried to represent some of the most diverse and interesting castles from my home country.

We've grand fortresses - like Dover, which stands sentinel over the English channel. It protects us from continental Europe.

We've also romantic ruins, which include the remnants of Dunstanburgh Castle on the windswept Northern coast.

I particularly love the red-stone silhouette of Goodrich Castle which nestles in my home of Herefordshire.

There's a vast amount of castles out there - and here's a tour of my favourites.

The Very Best Of English Castles, in One Beautiful Book

Dream of uncovering the secrets of English castles?

Want to own a beautiful piece of English history?

My book, Exploring English Castles, is filled with stories and more than 200 spectacular photos.

It's a gorgeous book for anyone interested in English castles.

The Tower of London: History, Hauntings and Legends of the Murdered Princes

The Tower of London.

The history of the Tower of London is full of dark plots and bloodshed.

Uncover tales of Traitor's Gate, the execution of Anne Boleyn, and the truth about those noisy ravens within my .

Or, if you're interested in solving a medieval murder mystery, try and piece together

Alternatively, if you're looking for something more spooky, unleash tales of headless haunts, devlishish spectres and strangling spooks - all part of the collection of .

Mary Tudor was proclaimed the first Queen of England in Framlingham Castle, Suffolk.

Framlingham is a spectacular castle. It's a ring-shaped fortress, with 13 tall towers wrapped within a dramatic curtain wall.

Framlingham was built in 1190, and it's still in spectacular shape today.

Rochester Castle is an impressive little fortress that's quite close to London.

It survived two huge sieges, and narrowly escaped being blown up using the pig-fat from 40 swine.

Rochester town is also closely linked to Charles Dickens, and is featured in some of his novels.

Bodiam Castle is one of the most spectacular moated castles in the world.

It looks although it's fallen from the pages of a picture book.

Its seductive beauty hides the work of a true architectural genius: as visual tricks and planning quirks were used to exaggerate its perfect appearance.

Dover Castle has a special strategic significance in England's history.

Sitting alongside the straights of Dover, and the shortest crossing between England and France, its location is formidable.

It was used as an active base in World Wars I and II, and was a designated atomic bomb control centre in the event of World War III.

Lewes Castle is a beautiful motte and bailey fortress in Sussex.

It was built in 1067, just after the Norman conquest of England - and so was one of the very first castles in the country.

The castle has a spectacular barbican, with a very cool example of a fearsome weapon - machicolations.

You'll find the ruins of Tintagel along the rough coastline of Cornwall.

Old legends say that King Arthur was born here - although you'd be wise to take these tales with a pinch of salt!

Kenilworth Castle in Warwickshire is the greatest of all ruined castles of England.

It has a varied history, as the site of one of England's largest Medieval sieges - back in 1266.

But it had another notable role in Tudor times.

Robert Leicester, then owner, attempted to woo Queen Elizabeth I by refurbishing and developing the castle - hoping to impress her enough to secure her hand in marriage.

Okay, I'm biased (as I'm from Herefordshire), but Goodrich Castle enjoys one of the most beautiful settings in Britain.

This red sandstone Medieval ruin is surrounded by the lush green Herefordshire countryside, and overlooks the river Wye.

Tamworth Castle, surrounded by beautiful Staffordshire parkland and the cool river Tame, is a lovely example of Motte and Bailey castle architecture.

This small castle boasts of frequent hauntings, and its central bailey is filled with grand, old residential buildings.

It's hard to believe today, but once Pontefract Castle was one of the biggest, mightiest, and most feared castles in all of England.

Nowadays, this once ferocious fortress is reduced to ruins, a shadow of its former strength.

The castle was described by Shakespeare, and was truly notorious in Early Modern England. No more!

York is undoubtedly the prettiest, and most historically important, city in the whole of North England.

Although it's hard to imagine today, there once two castles in York. Old Baile Hill is long-since lost, but the remnants of York Castle - Clifford's Tower - definitely merits a visit.

In fact, the shell-shaped remains of Clifford's Tower are one of the most beautiful sights of the whole of York.

The windswept ruins of Dunstanburgh Castle, in North England, are spectacular.

This remote castle was built as a secure home for an errant Earl, named Sir Thomas of Lancaster. He was a man who had ideas far above his station.

Dunstanburgh is the setting of age-old legends, including the tale of Sir Guy the Seeker: a knight cursed to roam the fortress forever more.

A History of the Castles of England: 1066 And All That

Forts were scattered across England's green and pleasant lands, and hilltops and mountainsides were covered with old Roman fortresses and remnants.

Generally, though, there was nothing which we'd think of as being a 'castle' - a building that combined military might with living quarters;

Gorgeous Goodrich Castle was home to deValance family, who commanded control of a large part of Herefordshire, England.

The Normans changed all that. They understood that castles were amazing devices for maintaing defence and control. As they progressed from Hastings, they gradually secured control over more and more of England.

To secure their power, they embarked on a frenzy of building .

Why Did the Normans Build So Many Castles in England?

Why did the Normans build so many castles? Well, they were learning from experience. Their technique of castle construction had served them well, helping them to rule over impressive amount of Medieval land, including North France and even Sicily.

A castle was a central focus of power, and its influence radiated out across an entire region. It was the home of a Lord - and his way of holding control of the lands around him.

Although castles may have been something of a foreign import, England embraced them.

Over the next six hundred years, literally thousands of castles were built all over England - transforming themselves from simple Motte and Bailey constructions, to wooden structures, and then, in the late c13th,

Of special note is one fearsome King - . Edward reigned from 1272-1307, and was fixated with the idea of bringing Wales and Scotland under English rule.

: The Most Fearsome King of England

An image of Edward I (WikimediaCommons)

History London England begins around 2, years ago with the founding of the city Londinium by the Romans. While there is…