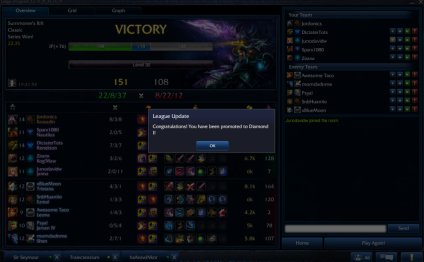 The first colleges of Oxford were built in the 13th century, but it wasn't until 1878 that women were admitted to the university, 1920 when they were awarded degrees, and 1974 when the last of the all-male colleges opened their doors to women.

Fact #3 - The Legend of Frideswide

Legend has it that Oxford was started by a beautiful and pious young princess named Frideswide. When her dream of becoming a nun was threatened by a king who wanted to marry her, Frideswide ran away to Oxford. The king followed her, but when he reached the town boundaries, he was struck blind. After begging her forgiveness and reluctantly agreeing to give her freedom from marrying him, his sight was amazingly restored. Frideswide went on to set up a nunnery on the site of what is now Christ Church cathedral. The earliest built colleges were set up around the nunnery as learning places for monastic scholars.

Hitler was intending to use Oxford as his capital if he conquered England which is one of the reasons it was not bombed.

Oxford's Ashmolean Museum was the first museum in the world to be opened to the public when it was officially opened in 1683 according to the Guinness Book of Records.

Fact #6 - That Other University

The University of Cambridge was actually founded by Oxford scholars who fled the first of many 'Town versus Gown' riots that erupted in Oxford in 1209 following the murder of a local woman by students.

Fact #7 - You're Being Watched

As you walk around the Colleges, be sure to look up once in a while. All over Oxford's buildings are gargoyles (technically 'grotesques' as these don't spout water) - some in the shape of faces, some animals, some entire people. The keenest of eyes will spot the funnier ones - the one picking his nose, the one going to the bathroom...

At the bottom of the stairs in the Great Hall at Christ Church College, there are the words 'no peel' burned into a door. This 'graffiti' dates back to the 17th century when the college doctor prescribed potato peels as a means of warding off the Black Death. After many breakfasts and dinners of plates of potato peels, the students finally protested, and the dreaded diet was dropped.

Sadly, the above legend is not true. I recently learned the truth from a porter at the college - it is, in fact, the oldest form of graffiti on record (the words were nailed into the door) and was a protest against the Prime Minister Sir Robert Peel who was in office 30 August 1841 – 29 June 1846.

Alice, from Alice in Wonderland, was a real girl named Alice Liddell. She was the daughter of the Dean at Christ Church College, who was a friend of Charles Dodgson (A.K.A. Lewis Carroll), who taught at the College. Dodgson spent much time with Alice and her family, and immortalized her in his books.

The Great Hall at Christ Church College was used as inspiration for the Hogwarts dining hall in the Harry Potter films. The staircase leading up to the hall was actually used in several scenes in the films.

The name Oxford comes from the old term 'Oxanforda' which literally meant a ford (shallow crossing) in the river where the cattle (Oxen) could cross safely.

People often wonder about the origin of the name Brasenose College and how to pronounce it. It's pronounced just as it's spelled - Brase Nose. The college, which dates from the 16th century, gets its name from the unusual bronze door knocker which is shaped like an animal's snout, which now hangs above the high table in the dining hall. The original door knocker dates back to the 11th century, and was stolen by students from Lincolnshire in 1334. It was only returned to Brasenose in 1890 when the college bought the whole of the thieving school just to reacquire the door knocker.

The three prominent Protestant church leaders who were memorialized in Oxford's Martyr's Memorial after being burned alive on Broad Street for their religious views during the reign of Queen Mary were all Cambridge educated.

The legend of the Bridge of Sighs says that many decades ago, there was a survey of the health of Oxford University students, and when Hertford College's students were found to be the heaviest, the college closed off the bridge that links the old and new quads in order to force the students to take the stairs, thereby getting more exercise. Sadly, this legend turns out to be false. The bridge is always open, and requires students to use more stairs than if they didn't use the bridge at all.

Roger Bannister, a 25 year old medical student, was the first man to run a mile in less than four minutes. This feat was achieved in 1954 at the Iffley Road track in Oxford. His time was 3mins 59.4 seconds.

There is an Oxford in New Zealand, an Oxford in Canada, 21 Oxfords in the United States, besides a Mount Oxford, two Lake Oxfords and Oxford County, Maine (whose capital is South Paris). The city lends its name to Oxford bags, Oxford Marmalade, Oxford grey (a very dark gray colour - hommage to the skies of Oxford perhaps?), Oxford shoes, the Oxford Comma (see fact #11), the Oxford Group, the Oxford Movement and the Oxford accent.

The shark was commissioned by American Bill Heine, the owner of the house, in August 1986 as a comment on Cold War Politics. He has been quoted as saying,

"The shark was to express someone feeling totally impotent and ripping a hole in their roof out of a sense of impotence and anger and desperation….It is saying something about CND, nuclear, power, Chernobyl and Nagasaki. "

Fact #20 - A Simple Thank You Would Have Been Enough

Francis Treasham, the St. John's student who exposed the, was locked up in the Tower of London and mysteriously poisoned instead of being rewarded for his patriotism.

The City of London is the historical core of the English capital. It roughly matches the boundaries the Roman city of Londinium…