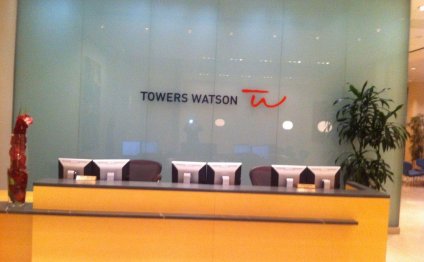 Takeover fever has again gripped the City of London as advisory giants Willis and Towers Watson revealed plans for an $18 billion (£11.45 billion) merger.

The all-share tie-up is expected to lead to $100 million-$125 million in cost savings within three years, although it is not yet known how much of this will be reached through job cuts.

The two companies employ 39, 000 people across the globe with more than 6000 based in the UK, including 2000 at the Willis Building in Lime Street.

Talks between both parties are understood to have been going on for several months.

New York-listed Willis is the world’s third-largest insurance broker and operates in more than 100 countries across the world. Although it is headquartered in the UK, it is domiciled in Ireland for tax reasons.

In contrast, Towers Watson, which can trace its roots back to Manchester’s R Watson & Sons in 1878, provides pensions advisory and employee benefits advice to major global firms, including 80% of the US’s powerful Fortune 500.

“The rationale for the merger is powerful. At one stroke, the combination fast-tracks each company’s growth strategy and offers a truly compelling value proposition to our clients, ” Dominic Casserley, Willis’s British chief executive said.

“We will advise over 80% of the world’s top-1000 companies, as well as having a significant presence with mid-market and smaller employers around the world.”

The combined company will be called Willis Towers Watson and see Willis shareholders own 50.1% of the enlarged group.

John Haley, chief executive of Towers Watson, will keep his job while Casserley will be his deputy.

Haley said: “This is a tremendous combination of two highly compatible companies with complementary strategic priorities, product and service offerings, and geographies that we expect to deliver significant value for both sets of shareholders.

“We expect to realise substantial efficiencies by bringing our two organisations together, and have a well-defined integration road map to capitalise on identified savings, ensure the strongest combination of talent and practices, and realise the full benefits of the merger for all of our stakeholders.”

Towers Watson Pensions: so much to think about, where ...