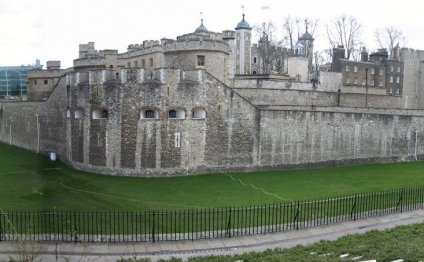 "Blood Swept Lands and Seas of Red, " an artistic installation by Paul Cummins and Tom Piper, as it appeared at the Tower of London on October 24, 2014. Photo by Mez Merrill, Royal Navy, online via the UK Ministry of Defense. License: Open Government License (OGL) v1.0. Click on the image for a much-better view.

As the 100th anniversary of World War I neared, Paul Cummins (a ceramic artist) and Tom Piper (a stage/set designer) collaborated on a brilliant idea. They would create and display nearly 1 million red ceramic poppies at the Tower of London.

Every day, between the 17th of July and the 11th of November, in 2014, more and more of those poppies would be added to the artistic installation. They would fill the moat and dot the grounds of the famous London landmark.

Each ceramic poppy would represent the life of one military person who died fighting in World War I on behalf of Britain and its Empire. By far the majority of those 888, 246 men who fell served in the British Army.

Did something inspire that name? The short answer to that question is: Yes—a line from the Last Will and Testament of a Brit who died fighting in Flanders.

For this latest project, with Historic Royal Palaces, Paul [Cummins] was inspired by a line in the will of a Derbyshire man who joined up in the earliest days of the war and died in Flanders. Knowing that everyone was dead and he was surrounded by blood, the man wrote: “The Blood Swept lands and seas of red, where angels fear to tread.”

After the 100th anniversary of the war’s start had passed, “Blood Swept Lands and Seas of Red” was dissembled. Most of the individual ceramic poppies were sold (for £25 each) with the proceeds (£9m) equally benefitting six different military-service charities.

The rest of the poppies—totaling more than 10, 000 ceramic pieces—are part of two installations known as the “Wave” and the “Weeping Window.” They were purchased, for the nation, to first go on tour (for a few years) and then be permanently housed at the Imperial War Museum (in its Manchester and London branches).

From all of this, we can conclude that red poppies grow not just in Flanders Fields but also—metaphorically speaking—in the hearts of all who remember the sacrifices of others who gave-up their lives during war.