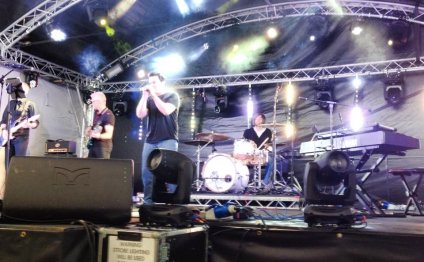 Contributed by People in story: The Queen Mary's hospital for Children in Carshalton Location of story: Carshalton, London Article ID: A2099315 Contributed on:

Extract from The book "A Vision of Healing" by Ernest Earl - see www.qmhcarshalton.net

The Second World War caused death and destruction throughout the world. Queen Mary's Hospital for Children, like so many other hospitals and homes was hit by German bombs and rockets, in wave after wave of attacks by enemy aircraft and VI and V2 rockets.
Queen Mary's was the most heavily bombed hospital in London. Various reasons have been given for this: its close proximity to Croydon Airport, its aerial appearance being similar to the layout of army barracks, and the fact that German bombers discharged their surplus bombs before flying back over the Channel after attacking London. The first bombing of the hospital occurred in 1940.
Eventually, with the new threats posed by the VI and V2 rockets, total evacuation of the hospital was decided upon on July 21st 1944 and the children taken by coach and train to a number of locations in England and Wales. The school was split between Dryburn Emergency Hospital at Durham and Scotton Banks Hospital, Knaresborough, Yorkshire.
After VE Day 1945, the premises were re-occupied, but the war damage meant that the beds were reduced from 1, 284 to 840.

Patients taken out on the Ward Veranda
Photograph taken on the day that the British Prime Minister, Neville Chamberlain, and the Western Allies declared war on Germany, September 3rd 1939, following the attack on Poland on September 1st.

Kindly contributed by Mr WA Neil at my exhibition and book signing at the Sutton Heritage Centre.

V.2.
Just off Boundary Road in to Banstead Asylum (on open ground).

The following reports appeared in Durham Advertiser on August IIth 1944. Shortly after, approximately 200 of the Queen Mary's children were evacuated to Durham.
I can only assume that the sickly children referred to here came from Queen Mary's.
The articles have been reproduced by kind permission of Mr Peter Barron, Editor of the Northern Echo.

Emergency Rest Centre
The emergency rest centre was prepared and conducted for the Durham County Public Assistance Committee by Mr A S Smith (relieving officer), with the help from his colleague, Mr Brains, and a large number of voluntary helpers. These included Mr W N Illingworth (Officer in charge), Mrs Hudson (leader of the women personnel), Miss Viola Fleming, teachers and the caretaker of the City Senior School, Miss Ryans and members of the staff of the school canteen, ladies resident in and near Whinney Hill, a number of boy scouts and boys and girls of the City Senior School. In its co-operation with the City Council, the rest centre had the help of Miss Holliday in the provision of meals. The rest centre organisation was responsible for the domestic arrangements, such as those for meals and sleeping, washing, recreation and ‘the personal touch’. In looking after the babies and the sickly and slightly injured evacuees, and in assisting the medical examinations, the rest centre had the help of Nurse Tredennick, Nurse Spence, Mrs Barrett and her staff, Nurse Sakell, Nurse Holmes, Miss Bradley, Mrs Uzzel and Mrs Davies.' Air raid wardens, under the superintendence of Mr George Greenwell (chief warden), dealt with the luggage of the evacuees, and some wardens remained all night.

Some of the mothers asked whether they were in Scotland or on the Border, and seemed astonished to hear that another county came before Scotland. On hearing that they were only ten miles from the East Coast their faces fell, for 'the East Coast' to them meant a danger zone. They were taken to the school geography room and shown a map. They had heard of Wales as a safe place for evacuation, but on seeing that Durham was further from London than even Wales they declared, "Well, the Government knew what they were doing when they sent us here!" One of the escorts who accompanied the evacuees said, "You people of the North have a reputation for giving a kind and hearty welcome, and you have lived up to it today."