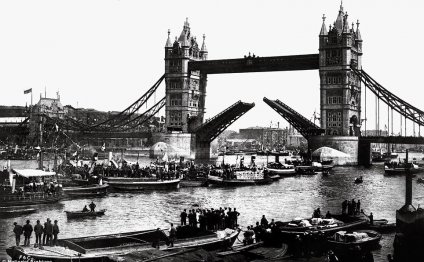 London's "Big Ben" is not the tower. It's the bell inside it.

In the 16th century, a London law forbade wife beating after 9:00 P.M., but only because the noise disturbed people's sleep.

During the 18th century, you could pay your admission ticket to the zoo in London by bringing a cat or a dog to feed the lions.

In 1891, London built a structure designed to surpass the Eiffel Tower in height. It was unsteady, never completed and demolished in 1907.

Today's British accent first appeared among London's upper class around the time of the American Revolution. Before that, the British accent was similar to that of Americans.

In London in 1916, Harrods was selling a kit described as "A Welcome Present for Friends at the Front" containing cocaine, morphine, syringes and needles.

During the outbreak of WW2, London Zoo killed all their venomous animals in case the zoo was bombed and the animals escaped.