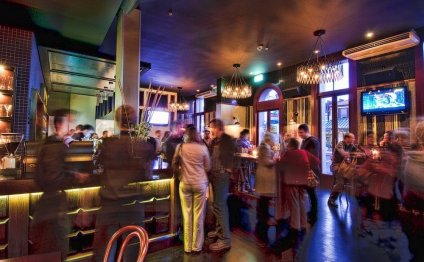 Most music venues of the 1970s and 1980s are long gone but the Windsor Castle Tavern is here to stay. The Parnell venue is classified as a Category One Historic Place, not because Dave Dobbyn, Toy Love, Street Talk and Mi-Sex played there, but due to a history that dates back 120 years before rock bands started banging on its doors.

The Windsor Castle in the late 19th Century

The Windsor Castle Inn got its liquor licence in the fast-moving 1840s. The New Zealander noted on April 17, 1847, that Thomas Johnson was a new applicant for a Publican’s licence. A week later, on April 24, the same newspaper reported that the licence was granted. When the Inn was destroyed by fire in 1850, on the same day that the bad news was reported on July 19, 1850, The Southern Cross newspaper also had the good news: “Licence at once to be transferred to another house of the Licensee in the vicinity.”

The original construction of the Windsor Castle Tavern as a brick building dates back to soon after the 1850 fire, with the current façade added in the mid-1880s.

During the 1970s the old houses on Parnell Road were transformed into the Parnell Village, a retail, restaurant and tourist attraction, by Les Harvey, a property owner with a love for preserving old Auckland buildings. He had set out to buy the street and he did, owning near to 200 properties in Parnell, according to the Auckland Star in 1988. Harvey’s eccentric conservation of the street was part chic and part cheese but it became a tourist destination and when it was against the law to have a shop open on weekends, Parnell was licensed to trade on Saturdays.

Street Talk were the first live rock band at The Windsor Castle, they would have a long and successful relationship with extended residencies between 1974 and 1977 - Photo by Murray Cammick

The Windsor Castle got started in live rock music when Hammond Gamble’s blues-drenched Street Talk started a regular Tuesday night in 1974. It soon extended to a lengthy Tuesday to Saturday residency that ended mid-1977 when Hammond Gamble headed for the UK.

The Lane family ran the hotel and in 1977/78, son Kevin Lane booked multi-week gigs by bands like Hello Sailor, Rockinghorse, Th’ Dudes and Flight 7-7 – to attract a drinking crowd to the lounge bar – like Street Talk. Before heading for Sydney (and fame), Mi-Sex played July 10 to 15, 1978 at the Windsor.

In 1979 the chic streets of Parnell gained the legendary Saturday afternoon punk gigs – local residents needed a little punk with their pâté “The afternoon gigs at the Windsor came about because Des [Truction] kept hassling the owner Kevin Lane for a gig there for The Scavengers, ” recalls the band’s guitarist Johnny Volume. “In the end he said we could have Saturday afternoons probably thinking no one would come and it would shut us up. It took off better than expected and soon there were queues down the street to get in – $1 entry from memory – and everyone wanted to play Saturday arvo.”

Parnell, with its twee refurbished old houses, was already fashionable with tourists and weekend shoppers. The fashion accessory I recall from Windsor Saturday afternoons was the straw, as young punk girls drank their beer with a straw.

Des Hefner [née Truction] recalls, “Dollar jugs and a straw ... way to go!” Brent Pasley of The Newmatics said in 2013, “Some of the best gigs were on a Saturday arvo at the Windsor. Great way to prime for the evening’s events around the city.”

Saturday afternoons at the Windsor - Photo By Sara Leigh Lewis

The weirdest way of drinking beer I recall was Jonathan Jamrag of Proud Scum drinking from the stage carpet after he spilled his jug. The photo I took that day was used as the cover of the punk compilation Move To Riot that accompanied the second issue of the magazine Mysterex (May 2002).

I photographed some strange things at the Windsor Castle – Paul Kean looking like a hippie, an all-girl beer fight, Phil Judd loading a van and Chris Knox writing on Nigel (Spelling Mistakes) Russell’s white shirt, “I wish I was in Toy Love.”

Mayhem - an all-girl beer fight at the Windsor, Saturday afternoons in the late 1970s - Photo by Murray Cammick