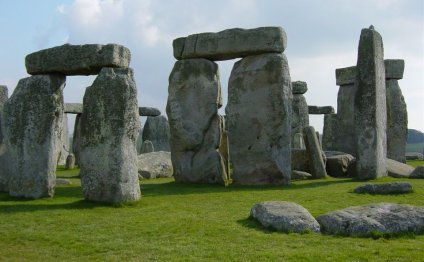 Windsor Castle, the largest and oldest occupied castle in the world, is one of the official residences of Her Majesty The Queen. The Castle's dramatic site encapsulates 900 years of British history. It covers an area of 26 acres and contains, as well as a royal palace, a magnificent chapel and the homes and workplaces of a large number of people.

What there is to see:
The magnificent State Apartments are furnished with some of the finest works of art from the Royal Collection, including paintings by Rembrandt, Rubens, Canaletto, Gainsborough and the famous triple portrait of Charles I by Sir Anthony van Dyck. In 1992 fire destroyed or damaged more than 100 rooms at the Castle. By good fortune the rooms worst affected were empty at the time, and as a result, few of the Castle's artistic treasures were destroyed. The highly acclaimed restoration work, completed in 1997, is a testament to the extraordinary skills of some of the finest craftsmen in Europe. From October to March visitors can also enjoy George IV's private apartments (the Semi-State Rooms), among the most richly decorated interiors in the Castle.

St George's Chapel is one of the finest examples of Gothic architecture in England. It is the spiritual home of the Order of the Garter, the senior order of British Chivalry established in 1348 by Edward III. Within the chapel are the tombs of ten sovereigns, including Henry VIII and his third wife Jane Seymour, and Charles I. Among the highlights of a visit to Windsor is Queen Mary's Dolls' House, the most famous dolls' house in the world. The Drawings Gallery shows changing exhibitions of material from the Royal Library at Windsor Castle. The special display below is shown alongside a selection of treasures from the Royal Library.

On these dates, The Precincts, Queen Mary’s Dolls’ House and the Drawings Gallery will
continue to be open. Reduced admission charges will apply.

During the winter months an additional five rooms, known collectively as the Semi-State
Rooms, are included in the visitor route. These rooms will re-open to the public from 27 the State Apartments are closed the Semi-State Rooms will not be open.

St George’s Chapel is also closed to visitors on Sundays as services are held throughout the day. Worshippers are welcome to attend the services.

As a working royal palace, the Castle is used frequently by The Queen for State ceremonies and official entertaining, and closures can occasionally occur at short notice. Please check opening arrangements by visiting this website or telephoning the Ticket Sales and Information Office on +44 (0)20 7766 7304

Maitland City Council has approved a major revamp for one of East Maitland’s iconic pubs. The Windsor Castle Hotel will undergo…