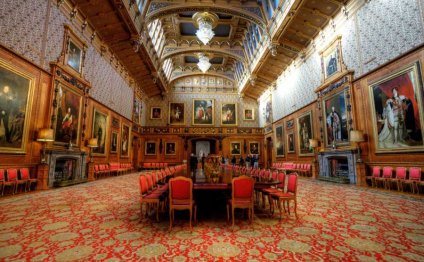 2015 marks the 200th anniversary of the Battle of Waterloo and the defeat of Napoleon.

In celebration of the allied victory, George IV created the Waterloo Chamber at Windsor Castle, a grand space filled with portraits of those instrumental in the victory, among them the Duke of Wellington.

Throughout 2015, Waterloo at Windsor: 1815–2015 will combine a themed trail through the State Apartments with a display of prints, drawings and archival material that explores the battle and its aftermath.

The trail will highlight objects seized on the battlefield by the victors, including silver, furniture, weapons and the beautiful red cloak belonging to Napoleon, presented to George IV by Wellington's ally, Field-Marshal Gebhardt von Blücher.

In this short film Surveyor of The Queen's Pictures, Desmond Shawe-Taylor, introduces the Waterloo Chamber, created at Windsor Castle following the great victory over Napoleon. The portraits adorning the walls of monarchs, warriors and diplomats were painted by Sir Thomas Lawrence and are a towering achievement of British art. Two hundred years later the room remains a symbol of royal magnificence and national celebration.