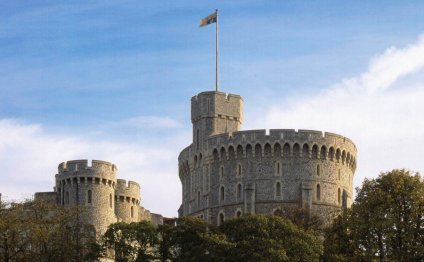 With brand new world-class competition on offer and birthday celebrations fit for a Queen, Royal Windsor Horse Show 2016 promises to be better than ever.

Royal Windsor Horse Show is in its 73rd year and it's the UK's largest outdoor equestrian event with over 3, 000 horses and ponies competing. It is set in the stunning private grounds of Windsor Castle, and is host to the highest quality Show Jumping, Dressage, Endurance and The Land Rover International Driving Grand Prix, along with a multitude of National jumping and showing classes as well as outstanding equestrian displays.

HM The Queen is the Show's Patron and often visits to watch her horses compete and does so on an informal basis.

One of the new innovations for 2016 will be the Land Rover International Driving Grand Prix upgrading to a CAIO4* World Cup Qualifier, a Nations Team competition for Carriage Driving.

National Dressage will also be drawing in the best of British as the UK’s top riders will be invited to take part in a must-see class on Wednesday 11th May. This will be one of the last opportunities to watch the potential members of Team GBR compete their podium-worthy dressage routines on home soil ahead of the highly anticipated Rio Olympics in August.

The newly enhanced 4* International Jumping status will furthermore entice leading competitors from around the globe as Royal Windsor Horse Show hosts six 4* classes including the CSI4* Rolex Grand Prix for the Kingdom of Bahrain Trophy.

Many of the world’s best equestrian acts will be displaying at Royal Windsor Horse Show during the day; these are likely to include The Royal Canadian Mounted Police, The Oman Royal Cavalry, Chilean Huasos, The New Zealand Army Band and The South Australian Police Band.

This special action-packed show will also see the return of some of the old favourites that are guaranteed to get the crowds cheering including The Shetland Pony Grand National, The DAKS Pony Club Mounted Games, Tent Pegging, the Coaching Marathon, over 100 Showing classes which attract top quality combinations of riders and horses from all over the country, as well as the CE12* International Endurance competition, held in The Great Park on Friday 13th May. Displays this year also include The Musical Drive of The Kings Troop Royal Horse Artillery and The Musical Ride of The Household Cavalry Mounted Regiment (world renowned from ceremonies on Horse Guards Parade in London),

What to see and do

There are four different arenas which are accessible by all ticket holders.

In addition there is a shopping village with a new design, look and feel with over 220 shops, both equestrian and non equestrian goods.

There is also a food festival, and a marquee featuring shops from The Royal Warrant Holders.

There are restaurants, bars, cafes and food stalls throughout the site, along with a funfair.