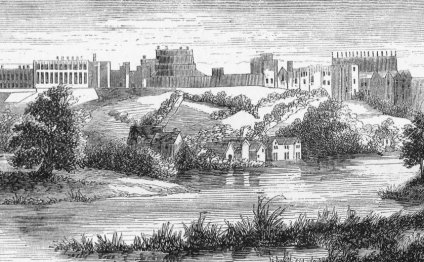 The Normans invaded England in 1066 and after killing England's King, they set about taking over the whole country. In order to do this, they needed to build defences to protect themselves while they advanced across the rest of the country.

The Normans built motte and bailey castles to begin with. These castle were quick to build using just earth and timber.

Later, once William the Conqueror, the leader of the Normans, had firmly established his rule in England, the Normans built huge stone keep castles. They were built to last a long time and many can still be seen today.

The layout of the stone castles remained very similar to the wooden castles. The motte and bailey became the keep and bailey.

Windsor Castle was the first in a series of nine castles that England's King William built around London.

When was Windsor Castle Built