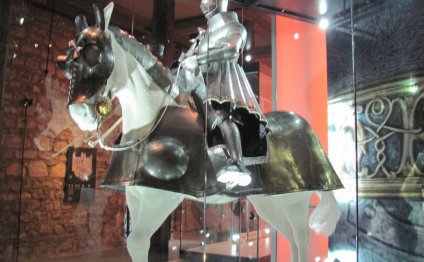 Infamous as a place of torture and executions, and home to the British monarch's Crown Jewels, the Tower of London was also one of the world's oldest zoos.

Researchers have been delving into the history of the royal menagerie, using animal remains to reveal the secrets of medieval lions once locked up in the Tower.

Email to a Friend

Scientists say big cat skulls found in a moat that protected the fortified palace provide clues to when and how these lions were kept. They also reveal insights into the lives of England's early kings and queens.

Researchers from London's Natural History Museum and Liverpool John Moores University in Liverpool, England, dated the animals back to the 13th century.

"These lions were potent symbols of monarchy, " said Hannah O'Regan, a biologist and zoo historian at Liverpool John Moores University.

"Our research provides important information on some of the earliest lions seen in northern Europe since [European lions] became extinct at the end of the last Ice Age [14, 000 to 11, 000 years ago], " she added. "It also sheds some light on the conditions and health of animals in one of the world's longest-running menageries."

The royal "zoo" survived for more than 600 years after being founded by King John, the English monarch who reigned from 1199 to 1216.

Radiocarbon dating of skulls of two lions and a leopard support historic documents that suggest big cats first took up residence in the Tower in the 13th century.

The skulls are the only medieval big cat remains found in England. The oldest lion skull dates to between 1280 and 1385.

Big cats are thought to have arrived at the Tower around 1235, when Emperor Frederick II, the Holy Roman Emporer, gave Henry III three leopards after marrying the English king's sister.

Tower of London - Blood Swept Lands and Seas of Red

Behind the Tudors: Tower of London