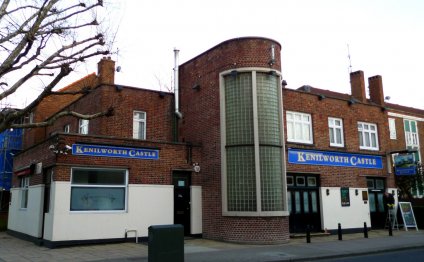 Back in the Eighties, The Warwick Castle pub in Portobello Road seemed to me, and many others, to be the centre of the world. A veritable portal of creativity, the clientele could boast diverse talents ranging from manual labour to movie making, music to monkey business.

Some seemed to relish all the combative opportunities the pub had to offer at closing time. It also boasted a pool team, quiz team and darts team, football and cricket clubs – and on more than one occasion, a tug-of-war team. But for those of a less competitive streak, there was the attraction of the shabby-chic decor, complete with Christmas decorations hanging from the ceiling in July. And for people-watchers, there was always the draw of Harry Dean Stanton sharing anecdotes and drinking Guinness with Keith Allen, or maybe John Lydon huddled in a corner with Jon Savage spilling the beans for England's Dreaming.

Or you could just sit there transfixed by a post-Clash Joe Strummer playing an acoustic "Junco Partner" as part of a fundraiser for the Old Roughians cricket club. (The punning name had its origins in the nearby Rough Trade record shop, but equally applied to the "bits of rough" that slumming rich girls came to pull.) I loved the diversity of the place. That's why I tried to capture it on my old Kodak.

Still, the ambience didn't hold much magic for Elvis Costello. He hadn't been inside for two minutes when a fight broke out, sending him and his lady friend scuttling for the door. Shane MacGowan, on the other hand, took all this in his stride when he came visiting with the poet Jock Scott. He'd sup with the best (and worst) in there – and with the Warwick having an Irish accent, was always treated to a royal welcome.

The Warwick scene had six or seven good years – in the late Eighties and early Nineties – before the caravan moved on. And there are many theories about when it reached tipping point. Adding my penn'orth, I can think of two occasions. It either coincided with the day Pete the Murderer punched a hole through the dart board and all hell broke loose, or it could have been the night a minor female aristo, returning from the loo, went arse over tit when she fell over Dogwoman's Labrador, sprawled out next to the pool table.

I mournfully visited the Warwick the other day, now pathetically and for bewildering commercial reasons renamed The Castle, when I caught the eye of the person behind the bar. I doubt he graduated from the same barman's school as Tommy Stamp, whose tools of the trade included a hurling stick under the counter and an encyclopaedic knowledge of the craic, but he tried his best. "Can I help you, sir?" he asked. I pulled my book of photographs from my bag. "I've got this coming out, see, pictures that were taken in here years ago." I flicked through the pages for him. "Look, " I said, pointing, "there's a picture of Joe Strummer playing live in that corner." I was waiting for him to say, "Wow!" Instead, he said, "Who?"

No sign of a dartboard or a pool table. No racing on the telly or "The Green Fields of France" belting out of the jukebox. A bistro, possibly? I have no idea what label to put on it.

In my day, "Have you eaten?" was a phrase as likely as "I love my job" in the Warwick. For a time, the landlord's penchant for a ham shank nearly brought about a culinary revolution, but when one regular chalked on the darts blackboard "Warwick menu – Pig's Head, Pig's Leg, Packet of Crisps", he got the message. Fine dining retreated back to Kensington Park Road, gathering its strength for the onslaught of bankers who would colonise Notting Hill in the new millennium.

Ladbroke Grove, Notting Hill In The 80’s Was The Most ...

We asked you to nominate the best pubs and bars in the Notting Hill area. Here are the results, see below for the pub crawl…