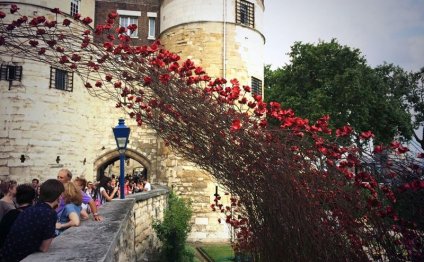 The Tower of London is England’s most formidable royal fortress, standing guard on the banks of the great River Thames. It is home to a thousand years of bloody history and is one of Britain's most iconic landmarks. At almost every chapter in London's history, the Tower has had a starring role. Built by William the Conquer as part of the Norman Conquest of England in the 11th century, it was designed to dominate London's skyline. The ancient fortifications are set in grounds the same size as those of the White House, but this is far more than just a castle, protecting London from her enemies.

The Tower is a truly multipurpose site and has fulfilled many different functions over the centuries of its existence. It's been the nations store house for wild and exotic animals, a repository for weapons and armor and a secure strong-room for the monarchs’ most precious possessions: the Crown Jewels of England. It's also been the private palace home of Kings and Queens.

It has served as a near-inescapable prison, incarcerating all who angered the sovereign ruler of the day and a fearful place of execution, infamous for its bloody beheadings — the most infamous of all being that of Henry VIII's second wife Anne Boleyn. She played a role in one of the most turbulent times in British history. King Henry had defied the Pope to marry her, declaring himself supreme head of a new Church of England. Just three years after her glorious coronation, she was to return to the tower. Henry had conspired with his chief minister to have her accused of adultery with five men, one of them her brother. Four of them went to the block protesting her innocence and their own.

Locked within its 15-foot thick, solid stone walls are vestiges of its past, often hidden from public view. Medieval murals, evidence of wild and exotic creatures, skeletal remains locked in secret chambers, secret messages left by prisoners, and an exhibit which has been running for the last five hundred years – which now has the status of the longest running exhibition in the world.