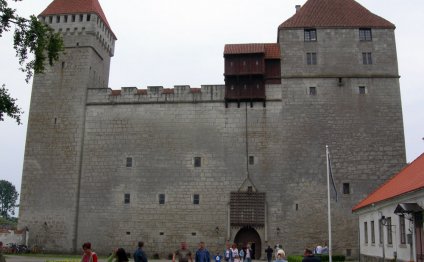 HMS Windsor Castle was a triple-decker, 102-gun first-rate Royal Navy ship of the line. She was renamed HMS Cambridge in 1869, when she replaced a ship of the same name as gunnery ship off Plymouth.

She was laid down at Pembroke Dockyard as HMS Victoria in 1844, to the design of HMS Queen. She was intended to carry 110 guns, but work was suspended. She was reordered on 29 June 1848 to a modified design, and reordered again on 28 February 1857 when she was ordered to be converted from sail to steam propulsion whilst on the stocks and to be fitted with 120 guns. She was renamed Windsor Castle on 6 January 1855 and launched on 26 August 1858, having since been reduced to carry 116 guns, and then 102 guns. She cost a total of £117, 030, £84, 555 spent on her hull as a sailing vessel, her conversion had cost another £14, 878. 204 feet long, and of 4971 tons displacement, she had a crew of 930, but almost immediately entered the first-class steam reserve - The Times reported on 13 September 1860 reported her as among the "ships and gunboats in the first-class steam reserve which could be got ready for the pennant at a short notice". By 1862 she had been reduced to 97 guns.

She was renamed HMS Cambridge in 1869, when she replaced a ship of the same name as gunnery ship off Plymouth. She was later joined by HMS Calcutta as her tender, with a wooden bridge between the bow of HMS Cambridge and the stern of the Calcutta. Other of her tenders included HMS Gorgon, Plucky and Sabrina (around 1877) and HMS Bonetta, Bulldog, Cuckoo, Hecate, Plucky, Sabrina, Snap (around 1890), and Undaunted (from 1901). In 1890, some of her officers were listed as bound for Foudroyant and, when Rear-Admiral Assheton Curzon-Howe hoisted his flag on board as second in command of the Channel Squadron.

She was towed on 30 October 1907 to No. 5 Basin of the Royal Dockyard to enable the gunnery school to move ashore into the Naval Barracks, paid off on November 4 that year and sold to Cox on 24 June 1908 for breaking up at Falmouth.