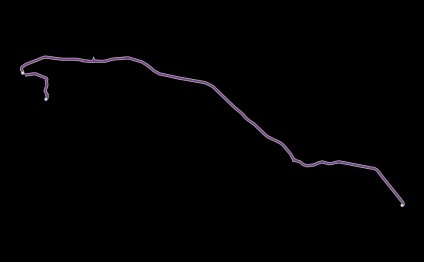 A mistake made the world over, confusing London Bridge and Tower Bridge is easily done. One of these bridges has a name famous across the globe, the other is a stunning symbol of London – but which one is which?! Obviously the best way to find out is to come along on one of our City of Lo ndon Tour, but if you’d like to do a bit of research before you come along here is a guide to clarify one of the biggest London misconceptions!

Keep in mind that walking across both bridges is completely free. For more money saving ideas, be sure to read our Guide to London on a Budget. If you are considering purchasing the London Pass, please note that both the Tower Bridge Exhibition and the London Bridge Experience are both included.

How to Get to London Bridge and Tower Bridge

Now you’ve seen that these two bridges look nothing alike – so why is it so easy to get them mixed up? The simple answer is: THE NAME.

– London Bridge is likely the most famously named bridge in the entire world. It’s even got a nursery rhyme centred entirely around it (“London Bridge is falling down…”). So everybody knows the NAME London Bridge even though the majority of people don’t know what it looks like.

– Tower Bridge is clearly a more beautiful bridge than London Bridge. And when you think of bridges in London, Tower Bridge is the one that always comes to mind. It’s used as a symbol of London and is recognisable to visitors from all over the world – even if the majority of people don’t know what it is actually called.

Tower Bridge – Tower Bridge was opened in 1894 making this a purely Victorian bridge. Very little has changed over the following decades so Tower Bridge looks pretty much exactly how it would have when it first opened – aside from a new lick of paint!

– London Bridge is not grand in design and has very few architectural details. The most notable decoration on London Bridge is the artistic ‘spike’ sculpture sitting on the south side of the Bridge. This is a reference to the 30 spikes that used to be displayed on London Bridge, displaying the severed heads of traitors against the crown. Since the current bridge was built in the 1970’s, it’s a simplistic concrete design typical of that time period.

Tower Bridge – Tower Bridge is nearly ENTIRELY decoration! Bright blues and grey colours the Bridge is topped with two neo-gothic towers with a covered walkway suspended between the two. This bridge is actually built to look even older than it is – the huge grey stones were selected to give the bridge a medieval feeling – which partially contributes to the fact that most people believe this is the centuries-old London Bridge.

– No museum stands here and there is no fee to walk across London Bridge.

Tower Bridge – Tower Bridge his host to The Tower Bridge Experience which offers visitors a chance to walk in the covered walkway atop the bridge. Inside is exhibits primarily concerned with the creation and history of Tower Bridge as well as an exhibition about various famous bridges the world over. A ticket is £8.00 for adults and £3.40 for children.

– To make things even more confusing, although London Bridge Underground Station is close to London Bridge, Monument Station is actually the best station to use when visiting the bridge.

Tower Bridge – Look for the word ‘Tower’ to help you remember. Tower Hill Station is the closest, although it is also possible to get here from…you guessed it, London Bridge Station!