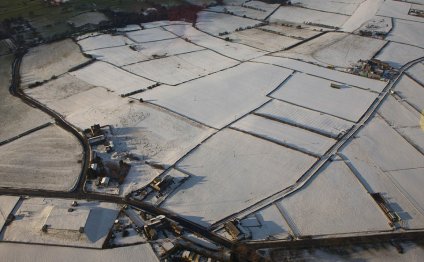 The History of the Tower of London - 1500's
Facts and information about the History of the Tower of London during the 1500's. King Henry VIII marries Katherine of Aragon. In 1512 the original chapel of St Peter Ad Vincula was burned down and re-built. Gun emplacements were improvised and the roof of the White Tower needed to be strengthened to take the weight of cannon. Extensive building and repair work to the Royal Lodgings were undertaken. The White Tower's most famous features, the onion-shaped domes on the turrets, were added complete with weather vanes. The reign of the notorious King Henry VIII saw the Tower of London enter its most bloody period of history. In 1533 Henry divorced his first wife, Katherine of Aragon and broke with the Church in Rome. The Tower expands the role of prison for a large number of religious and political prisoners. Sir Thomas Moore and Bishop Fisher of Rochester were executed for refusing to acknowledge Henry VIII as head of the English Church. On January 25th 1533 Henry married Anne Boleyn and on May 23rd 1533 Anne lead a procession from the Tower of London to Westminster Abbey for her coronation. By 1536 Anne Boleyn was arrested and tried for treason, adultery and incest in the Great Hall of the Tower of London. She was then executed on Tower Hill. Anne's body and head were buried in an unmarked grave in the Chapel of St. Peter ad Vincula. Within 24 hours of Anne Boleyn's execution, Jane Seymour and Henry VIII were formally betrothed. On the 30th of May, they were married but Jane dies a premature death after giving birth to Henry's son. In 1540 Henry VIII marries Anne of Cleves but the marriage is annulled. Thomas Cromwell is blamed, imprisoned in the Tower, then executed on Tower Hill. Just a few months later 49 year old Henry married 19 year old Catherine Howard but by February 1542 Catherine Howard executed for adultery. On 12th July 1543 Henry marries Katherine Parr, his sixth wife, who had a near brush with death she was linked with 'heretical' religious reformers including the tragic Anne Askew who was tortured on the rack in the tower.

Henry VIII dies in 1547 and his young son, Edward V takes the throne. Thomas Seymour is imprisoned in the Tower, then beheaded on Tower Hill then the young King's protector, the Duke of Somerset, and his confederates met their death at the Tower. Edward dies of tuberculosis and he leaves the throne to 'the Lady Jane and her heirs male.'

Queen Elizabeth I takes the throne and Robert Devereux (1566-1601), Earl of Essex is executed on Tower Green

Facts and information about the History of the Tower of London during the 1600's. In 1603 James I arrived at the Tower on the day of his arrival in London from Edinburgh and stayed there for several nights. In 1613 Sir Thomas Overbury, poet and courtier, was poisoned in the Tower. Sir Walter Raleigh was beheaded in Old Palace Yard in 1618. In 1625 Charles I takes the throne but in 1642 Civil war broke out between King and parliament. In 1643 the Tower was seized from the King by parliamentarians and it remained in their hands throughout the Civil War (1642-49) during which time a permanent garrison was installed at the Tower of London. On 30th January 1649 Charles was beheaded on a scaffold outside the Banqueting House in Whitehall, London. The Crown Jewels were ordered to be broken up as being symbolic of the 'detestable rule of kings'. In 1660 Charles II and the Royal House of Stuart Restored and replacements for the lost Crown Jewels were purchased at a cost of nearly £13, 000. Major improvements to the Tower's defences were made and batteries of guns were set in place along the walls and the arsenal was expanded. The function of the Tower declined as a state prison declined and the Office of Ordnance took over responsibility for most of the castle. In 1671 Colonel Thomas Blood and his men tried to steal the Crown Jewels from the Martin Tower. 1688 The Catholic James was deposed and replaced by by his Protestant daughter and son-in-law, Mary II and William III, who became joint Sovereigns. In 1689 Hanging Judge Jeffreys died in the Tower - he had sentenced 320 at the 'Bloody Assizes' to be executed or transported to the Penal colonies

The History of the Tower of London - 1800's
Facts and information about the History of the Tower of London during the 1800's. The Royal Menagerie left the Lion Tower in 1834 to become the London Zoo. Most of the Lion Tower was demolished soon after, although the Lion Gate still remains. The first official guidebook to the Tower was published. The Grand Storehouse burned down during a great fire at the Tower and many weapons were destroyed. In 1848 Revolution swept across Europe and in London the Chartist movement delivered a petition to Parliament asserting the rights of ordinary people. Fear that a revolutionary mob might storm the Tower prompted a final refortification...

History and Documentary : The Tower of London 4k footage