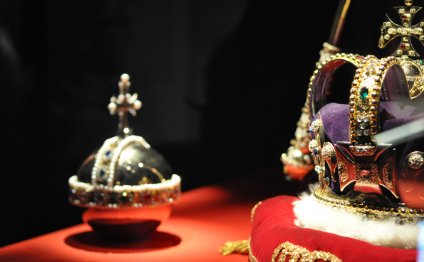 Sheikh Hamad bin Abdullah Al Thani of Qatar is the owner of one of the most fabulous treasure troves of Mughal gems outside of the Indian continent.

The spine-tingling collection is on show at the Victoria and Albert Museum in London in an exhibition titled Bejewelled Treasures: The Al Thani Collection.

The magnificence and wonder of the Indian court jewellery, dating from the 17th o the 20th centuries, is clear in this showcase of diamond-encrusted Indian turban jewels, brooches, ropes of emerald, spinel and Basra pearl necklaces, loose gemstones and exquisite objects used in royal ceremonies.

They are superb examples of the artistry and craftsmanship of the court artisans of the Mughal period.

Building a collection like this is an art in itself. Sheikh Hamad, who has had a long-standing interest in jewellery and art, was inspired to switch focus after he saw an exhibition of Indian jewellery at the V&A in 2009.

“At that point he had not started collecting Indian works of art, ” says Dr Amin Jaffer, the international director of Asian art at Christie’s, who co-­curated that exhibition and advises Sheikh Hamad.

“But in touring the exhibition he was deeply inspired by the quality and originality of the courtly jewellery that was on display, and a few months later, Sheikh Hamad acquired his first piece of what has become a significant collection.”

The Mughal Empire stretched from Persia through Afghanistan into northern India and was consolidated by the Emperor Akbar in the late 16th century.

In 1616, Sir Thomas Roe, the British ambassador to the Mughal court described the later emperor, Jahangir, as “the treasury of the world”, so ­lavishly laden was he with shimmering pearls and sumptuous gemstones.

The Mughals were famed for their opulent court life and vast treasuries of gems, which were polished and set in gold using the Kundan technique, a style specific to Indian jewellery in which the gem is enclosed in soft 24-carat cups before being set into the ornament. This, together with enamelling, defines the Mughal style.

The V&A exhibition evokes the idea of a jewellery box, displaying alongside the ornaments of the Mughal court and glittering jewels of the 19th and 20th century maharajas a treasury of unmounted stones and explanations of these jewellery-making techniques.

This research, says Susan Stronge, the exhibition’s curator gave her a greater appreciation of the skills of the Indian jewellers and polishers.

“Indian jewellery wasn’t just an art form or a decoration; it was part of everyday life, ” says London dealer Susan Ollemans. “It is a great reflection of what was going on in Asia: the craftsmanship was spectacular and belonged to the bejewelled fantasy world of the court of the maharajas that no longer exists.”

Sheikh Hamad has amassed a wealth of ceremonial objects, including gem-encrusted daggers, swords and huqqas, but it is the opulent jewels that capture the imagination. Historically, men wore more jewellery than women, and used gems to demonstrate status and wealth. Women simply wore pieces as adornments.

The sarpech (an elaborate turban jewel with a feathered plume) in particular was only worn by the ruler, the emperor and, in later centuries when the empire broke up into princely states, by the maharajas.

The collection, explains Dr Jaffer, “is a deeply personal one and above all reflects Sheikh Hamad’s own taste and vision.”

Nevertheless, the sheikh is not the only one who has been assembling such a collection. London property magnate Nasser D Khalili owns a spectacular collection of Mughal jewels, as does Sheikh Nasser al-Sabah of Kuwait, who has been collecting for nearly 40 years.

“It is really the Middle East at the moment that has the taste, money and expertise to buy, and they have bought absolutely the best treasures of India, ” says Susan Ollemans.

Samina Khayami, another London dealer who is closely associated with the Al Thani and Al-Sabah collections agrees.

“The Middle East and Gulf have some very discerning collectors and buyers, ” she says. “They are very sophisticated in their taste, making them extremely passionate, informed collectors.”

Changing of Guards at Crown Jewels in London

The crown jewels @ the tower of london