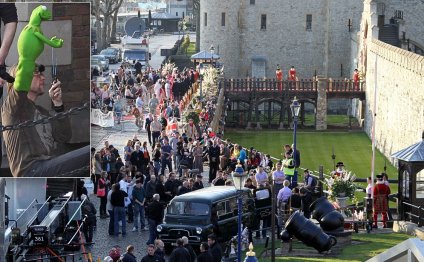 One of the most enduring symbols of Monarchy in the United Kingdom is the Crown Jewels and no visit to London should be undertaken without a visit to see this most stunning of collections. The Jewels have been available for the public to observe for centuries and millions have traveled from around the world just to see these most remarkable creations. So then, where can one find and just what exactly are the Crown Jewels?

If you are considering purchasing a hop-on, hop-off bus ticket, keep in mind that all the major companies have stops at the Tower of London and some offer discount combo tickets. Read our post comparing London bus companies.

Tickets for the Crown Jewels

What are the Crown Jewels?

More than just a collection of crowns, the Crown Jewels actually encompass present and past crowns belonging to Sovereigns, Consorts and Princes of Wales, sceptres, rings, swords, orbs, spurs, robes, bracelets, and gold and silver plate! The ceremonial and symbolic objects used during the coronations of British Kings and Queens are collectively known as the Regalia. Not just used for their beauty, these are the most treasured and revered items in the Crown Jewels, as these are the pieces that are used in the centuries old coronation ceremonies. The Jewels are the most powerful symbols of Monarchy and they hold both cultural and religious significance.

It is lucky that the jewels are on display today as throughout their history it is believed they had been lost (by King John in 1216), used as collateral (by Edward III in the 1370’s), pawned (by the wife of King Charles I in the 1640’s), broken down and sold (by Oliver Cromwell), and nearly stolen (by Thomas Blood in 1671)! The majority of the pieces on display today date from the 17th century.

In 1660 King Charles II had a new set of Royal Regalia made – the ones on display today – however, there is one artifact that dates from before this time: the 12th century Anointing Spoon – still used in coronation ceremonies today. When Charles commissioned the Crown Jewels, he spent the princely sum of £13, 000.00 (around £1 million in today’s money). He also spent a further £18, 000 to create a set of banqueting plate and a golden altar, as well as a baptism font.

There are actually two baptism fonts held at the Tower of London today. The first is the original commissioned by King Charles II but the second dates from the reign of Queen Victoria. King Charles II is particularly notable for his string of mistresses and illegitimate children, many of whom he officially acknowledged and had baptised in the royal font. Queen Victoria, a staunchly conservative woman, refused to have any of her children baptised in the same font as Charles II’s ‘bastards’ so she insisted that a new one, known as the Lily Font, be created just for her family!

Historically, the Jewels were kept behind bars and visitors were able to put their hands through the railings and touch the Jewels! Today, of course, such easy access to the Jewels is strictly prohibited. Visitors to the Tower wishing to see the Crown Jewels will find them in the Jewel House currently in use, dating from 1994. Visitors enter through vault doors containing electronic beams and steel shutters. The vault doors are said to be able to withstand a nuclear bomb! All the jewels on display are resting on French velvet, are kept behind 2in (51mm) thick shatter-proof glass and filtered air circulates in the cases that hold the Jewels.

Margaret’s Top Tip: Go early! Make the Jewel House your first stop on your visit to the Tower of London as this is easily the busiest part of the Tower. In summertime the queues can be over an hour long so make sure to get your spot as early as you can!

Resting in the Jewel House at the Tower of London lies the Crown Jewels of the United Kingdom. Although made up of hundreds of different pieces, when imagining the ‘Crown Jewels’ many people focus on just a small number of items. In the following list I will highlight the most famous pieces of royal regalia, explaining what they are and how they are used.

London Bridge, Tower of London and the Crown Jewels

Looking for that something extra special, that exclusive feel? Then a Personal Guided Tour could be the answer. Guests can…