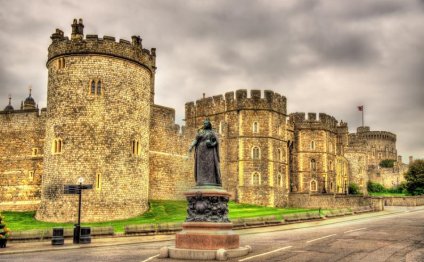 Postal entry form can be

10.00am Windsor Half Marathon – Main Event

The UK’s most picturesque half marathon

Windsor Great Park, the only Royal Park managed by The Crown Estate, was once part of a vast Norman hunting forest which was enclosed in the late thirteenth century. The antiquity of the landscape is enhanced by the scattering of great ancient oaks for which the Great Park and its forest are renowned.

In the seventeenth century the Park began to develop a more formal landscape, with the planting of a great avenue of elm trees linking Windsor Castle to the Great Park. Today that same world famous Long Walk is planted with horse chestnut and plane trees. At the southern end of the Long Walk is the Copper Horse, a statue of King George III astride a mount. Erected in 1831, the statue commemorates his significant contribution to the development of the Great Park, including the introduction of commercial farms.

Prince Albert further developed the farming and forestry interests when Queen Victoria made him the Park Ranger. The second of the parks three equestrian statues depicts Prince Albert, and overlooks Smiths Lawn.

It was during Victoria’s reign that a school was built educate children of park workers, a function it still partly serves to this day, although its roll-call now extends beyond the park boundaries. A further social development in the twentieth century was the building of a village to house estate workers, complete with Post Office and General Store.

The present herd of red deer was established in 1979 by the current Park Ranger, HRH The Duke of Edinburgh, and the 600 strong herd are direct descendents of 40 hinds and two stags introduced from the Balmoral Estate.

In 2002, to mark the Golden Jubilee a third equestrian statue, of Her Majesty Queen Elizabeth II on horseback, was commissioned by The Crown Estate Commissioners, and now sits at the southern end of Queen Anne’s ride.

A Maundy Thursday tradition came to Windsor for the first time since 1959 today. The Queen attended the Royal Maundy Service…