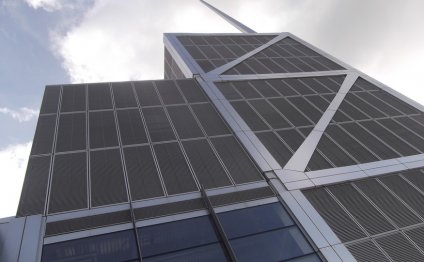 A man needs a 5, 000-gallon aquarium like a fish needs a bicycle, but that isn’t going to put off a vastly overpaid footballer from building one anyway. The former Arsenal star Thierry Henry is planning to demolish his £5.9 million property in north London and replace it with a much larger home that will include a 40ft-high fish tank.

If Henry gets his way, the aquatic equivalent of the Emirates Stadium will be home to up to 300 fish and take up the entire four storeys of the house. It will cost £250, 000 to build and £12, 000 a year to run, with the annual bill for fish food at £2, 500. Given that Henry now plays for the New York Red Bulls, one presumes he will also have to employ some sort of fish-sitter, to feed and, um, water them.

Oh, what a long way we have come from the grimy fishbowls of our youth, in which a desolate goldfish won from the fun fair would limply swim before quickly giving up the ghost, meeting a miserable end in Britain’s sewer system. Fish – once blighted with cloudy eye, finrot, dropsy and swimbladder – have become 21st-century sacred cows. If the rich and powerful used to flaunt their status through diamonds, cars and hot women, now they do it through their collection of clown fish.

For a Russian oligarch, they are as important as a premiership club and a giant yacht. The footballer Stephen Ireland has a 13ft aquarium in his house, and is rumoured to be planning a shark tank under his kitchen floor. Reality TV star Tamara Ecclestone has a nightclub in her Kensington home, the toilets of which feature a 6ft aquarium. Noel Gallagher has one that runs the length of his hall, in contrast to the tiny tank he had as a boy in Manchester. The late Alexander McQueen had an aquarium in his bed headboard. Cher has one, as does Madonna, and naturally the Beckhams, too. You are nothing without a couple of hundred angel fish and the odd small breed of shark.

The Aquatic Centre in London tells me that there has been a large rise in seriously rich individuals requesting tanks in their homes – one that doubles up as a wall in the master bathroom, or that helps you to relax while you are in your gym.

Soon, a selection of lucky Londoners will share their offices with Britain’s second largest aquarium. The Heron Tower, currently in development, recently took delivery of 1, 200 fish, ranging in size from the Green Chromis (barely 3in when full grown) to the Port Jackson shark (around five and a half feet). For busy executives inside the building, the tank will give new meaning to the phrase “swimming with sharks”.

In America, it is all the rage to buy koi that have been specially bred to be colourless – owners then stick them in a tank which, thanks to coloured lights inside, can make the fish any imaginable hue, all at the touch of a button.