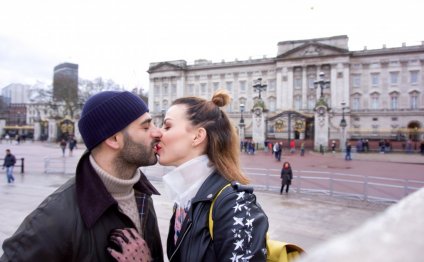 In light of the recent speculation (with evidence I might add) about Prince William and Catherine’s future country home on Her Majesty’s Sandringham Estate, we thought we’d compile a list of the Royal Family’s official residences so as to help people understand just how the Crown Estate homes and private homes work in conjunction.

Firstly, the majority of the estates the Queen and the Royal Family live in are not actually owned by them. Buckingham Palace, Windsor Castle and the Palace Of Holyroodhouse are all examples of Crown Estate Residences, residences leased to the Queen as Head of State but owned officially by the taxpayer.

Sandringham and Balmoral are The Queen’s private residences and are not owned by the nation, therefore, the Queen is at liberty to do as she wishes with them.

Below begins a list of various members of the Royal Family’s official residences and when they’re in use.

Her Majesty The Queen & The Duke Of Edinburgh

Buckingham Palace – This is Her Majesty’s working residence, she stays here during the week when in London.

Windsor Castle – This is Her Majesty and His Royal Highness’s weekend residence, they stay here every weekend when in London and during Easter.

Balmoral Castle – This is Her Majesty’s summer residence, she and the Duke of Edinburgh stay here in August and September.

Sandringham House – This is The Queen’s Christmas retreat. She stays here every year from Christmas until the end of February.

Palace Of Holyroodhouse – This is The Queen’s official residence in Scotland, yet she only stays here for one week in the year (Holyrood Week).

The Prince Of Wales & The Duchess Of Cornwall

Clarence House – This is the official London residence of the Prince Of Wales and his wife, until recently, it was also where Prince William, Catherine and Prince Harry lived.

Highgrove House – This is the Prince Of Wales’s country residence in Gloucestershire, he acquired this in the 70s-80s and it now forms part of his Duchy of Cornwall estate.

Birkhall – This is the Prince’s summer residence, also on the Balmoral Estate, it used to belong to the Queen Mother.

The Duke and Duchess Of Cambridge

Kensington Palace – This is the Duke and Duchess’s official London residence. Currently, apartment 1A is being renovated for their use, which they will move into sometime this year.

Anglesey Cottage – Their Royal Highnesses also lease a cottage in Anglesey, Wales where Prince William (Flight Lieutenant Wales) is stationed as a search and rescue pilot for the RAF. Locals often see the couple out and about in the area, many have even spotted Kate doing the shopping in the local Tesco and Waitrose.

Kensington Palace – Prince Harry currently lives in Kensington Palace alongside his brother and sister-in-law, the Duke and Duchess Of Cambridge. He used to live in Clarence House with the Prince Of Wales.

The Duke Of York & Princesses Beatrice and Eugenie Of York

The Royal Lodge Windsor – This is where the Duke of York and his daughters are said to reside, though their is talk that Princesses Beatrice and Eugenie now have apartments in St James’s Palace.

Buckingham Palace – This is the Duke Of York’s official London residence.

Bagshot Park – This is the Wessexes’ primary residence in Surrey.

Buckingham Palace – This is their official London residence.

Gatcombe Park – This is the Princess Royal’s primary home, in Gloucester.

Official Residence of the Queen

Buckingham Palace is the most iconic symbol of the British Monarchy, but far from popular opinion, this 200-year-old building…

The Queen normally spends weekdays at Buckingham Palace during working periods of the year, but has decided to stay at Windsor…