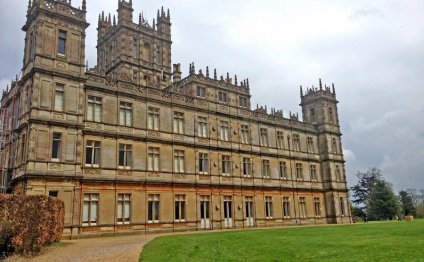 For over a 1000 years Windsor Castle as stood, it is the oldest and largest occupied castle in the world and the Official Residence of Her Majesty The Queen. Standing in the county of Berkshire, it is also the home to many a Ghosts and tales of supernatural haunting.

Windsor Castle has numerous ghosts and paranormal activity. Built in the reign of William the Conquerer, and dating back to the Middle Ages, many people, both royal and common folk alike have died within the confines of the Castle walls and grounds. Some of many reported ghosts of Windsor castle are listed below.

The Ghost of Henry VIII

The first of the famous Windsor Castle ghosts is King Henry VIII. Henry VIII was the Tudor King who ruled England and Wales during the 16th Century, Henry VIII famously dissolved the monasteries and broke away from the Papacy in Rome and established the Church of England, initiating the English Reformation.King Henry is reputed to have been heard in the Cloisters, wandering the castle halls and corridors and is heard groaning and seen dragging his ulcerated leg which was the eventual cause of his death on 28th January 1547.

King Henry is buried at Windsor Castle, in a vault in St. George’s Chapel with his third wife, Jane Seymour. In the same vault are the remains of King Charles I who has been seen in the Canon’s house . On the rare occasions where King Henry VIII has been witnessed his ghost is described as a large anxious, angry man pacing furiously and occasionally shouting as well.

The Ghost of Anne Boleyn

Whenever Henry VIII is mentioned, tales and stories to his his executed wife Anne Boleyn follow shortly after. The ghosts of Windsor castle is no exception to the rule, The wife to Henry VIII and former queen of England. Before her execution in 1536 Anne Boleyn; King Henry claimed that she had used witchcraft to make him fall in love with her. Interestingly she was never charged with being a witch, and witchcraft did not end up among the charges used by the court which ultimately found her guilty of treason and adultery. Anne Boleyn was beheaded at the Tower of London, her body and head were buried in an unmarked grave in the Chapel of St. Peter ad Vincula which adjoined the Tower Green.

Anne Boleyn body was one that was identified in renovations of the chapel under the reign of Queen Victoria. Anne Boleyn final resting place is now marked in the marble floor. The ghost of Anne Boleyn is alleged to haunt the Dean’s Cloister at Windsor Castle. Her ghostly form has been seen peering from a window with a sad and distressed faced and occasionally weeping.

The Ghost of Elizabeth I

The youngest daughter of Henry VIII, Queen Elizabeth I, haunts the Royal Library, the sound of her high heels have been heard on bare floorboards. Elizabeth I has also been seen on numerous occasions by several members of the Royal family and staff. Her ghostly spectre has been seen at a window in Dean’s Cloister where she always wears a black gown with a black shawl over her shoulders.

King George III, who spent many lonely nights at Windsor Castle, once claimed to have conversed with a ghostly woman dressed in black, who called herself Elizabeth and claimed to be “married to England’. Over a hundred years later, Edward VII is also alleged to have confided in one of his mistresses about a strange ghostly encounter he had had in Windsor Castle with a woman in dressed black, who resembled the great Tudor queen.

The appearance of Queen Elizabeth’s are said to be linked to the advent of war. George VI, is said to have observed the ghost of Elizabeth I on several consecutive nights, during the opening days of the Second World War, its not know if he had a conversation with his ghostly guest or not.

The Ghost of Queen Victoria

Clearly Queen Victoria was “not amused” by the alterations made to the Castle grounds by her great grandson, Edward VIII. Although Edward only reigned in theory, the errant King quickly set about modifying the grounds of Windsor Castle following his father’s death. When his lover, Wallace Simpson, requested the removal of a family of spruce trees planted by Queen Victoria and Prince Albert, he was quick to oblige. The work was hampered however by a number of inexplicable phenomena. Workmen in 1936 even claimed to have seen the ghostly figure of Victoria striding towards them from the Castle, waving her arms and moaning loudly.

The Many Haunted Rooms and Locations within Windsor Castle

The Deanery is haunted by the ghost of a young boy who shouts, “I don’t want to go riding today”. It is also reported that sound of the ghostly boys footsteps can be heard crossing the building.