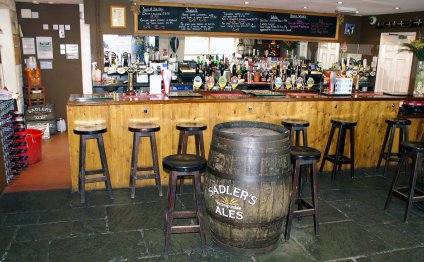 The brewery first began in 1900, founded by Nathaniel Sadler, the great, great grandfather to Emily & Chris Sadler. The brewery supplied its twelve tied public houses, the most famous being The Windsor Castle Inn, Oldbury, the original brewery tap house.

The Brewery was inherited by Nathaniel’s Son, Thomas who ran the Brewery for a number of years, where he also raised his son John (known as Jack) who was brought up in the Brew house. Jack later passed on both his passion and knowledge of brewing to his son and grandson John and Chris Sadler, now fourth and fifth generation Brewers. The Brewery was historically re-opened during the winter of 2004; 77 years after Thomas Sadler brewed his last pint in 1927.

Now situated in Lye, near Stourbridge, the brewery has once again become a thriving family run microbrewery, owned by Chris Sadler, supplying public houses and supermarkets with Sadler’s cask and bottled ales throughout the Midlands and indeed the Country. The brewery now produce a series of signature ales plus additional Monthly and Seasonal specials, have been presented with numerous awards for the quality of ales and continue to produce ales that people love to drink.

Get a real taste of British history as you wander through the historic castle of Windsor. It has been a royal home for over…