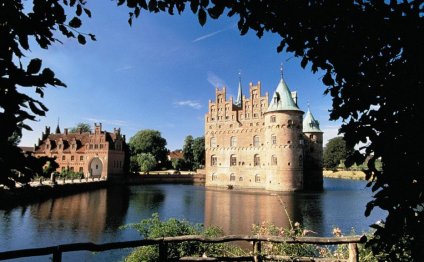 In 1372, Sir John Lyon was granted the thaneage of Glamis by King Robert II for services rendered to the crown. Four years later Sir John married the King’s daughter, Princess Joanna, and it is from this union that the current family descends.

He was a great friend of the 3rd Earl of Kinghorne and a dashing hero to the staunch Jacobites (supporters of the Stuart Kings). To the Covenanters, however, whom he suppressed with such savagery, he was referred to us ‘Bloody Clavers’.
He supported King James VII and II at the Revolution of 1688 and raised an army in the Highlands with the help of Cameron of Lochiel. At a fierce battle in the perilous Pass of Killiecrankie he defeated William III’s General Mackay, but in the moment of victory fell mortally wounded.
Link to Glamis - His leather ‘bullet-proof’ jacket and boots are on display in the Exhibition at Glamis.

The Covenanters - Who Were They?

They were the Scots who, in 1638, signed the National Covenant to confirm their opposition to the Stuart King’s interference in the affairs of the Presbyterian Church of Scotland.
The Stuart Kings believed in the Divine Right of the Monarch, meaning, that God had anointed them to be ‘infallible’ rulers of the Kingdom and also spiritual heads of the Church. This latter belief was not accepted by Presbyterians who believed that only Jesus Christ could be the spiritual head of the Church.
From 1638 until the Great Revolution in 1688 – when Prince William of Orange made a bloodless invasion of Great Britain – a great deal of suffering, torture, imprisonment, transportation and killing resulted for the Covenanter’s stance.
Link to Glamis - The 2nd Earl of Kinghorne was a known supporter of the Covenanters and even helped finance the Covenanting army against the Marquis of Montrose.

The Jacobites - Who were they?

After the Great Revolution of 1688, when the Stuart King James VII and II was deposed in favour of his sister Mary and her husband, William of Orange, many Scots remained loyal to the Stuart Monarchs. The supporters were known as Jacobites (from the latin Jacobus, meaning James).
Main Jacobite Risings:
1715 – supporting the claim of James Stuart (The Old Chevalier to his friends; the Old Pretender to his enemies). Although never crowned he was commonly referred to by his supporters as King James VIII.
1745 – rising led by Charles Edward Stuart, also known as Bonnie Prince Charlie.
The failure of both risings was put down to poor leadership from the army generals and poor support from the people of lowland Scotland. At the Battle of Culloden in 1745 the Jacobite cause finally ended in defeat. This was the last battle to be fought on British soil.
As a result of this uprising much of Highland culture (eg the wearing of kilts, the playing of bagpipes, the speaking of gaelic etc) was outlawed and those who participated were hunted down. Many, of course, fled the country to places like Spain and Italy.

Link to Glamis - It was in the very chapel at Glamis Castle that King James VIII touched people for the ‘King’s evil’ or scrofula. Many Stuart monarchs believed they had special healing powers therefore his success in curing people was not considered unusual.

The Queen Mother’s life spanned the twentieth century, from her birth in 1900 to her death in 2002. She was born in the reign of Queen Victoria, and lived through those of Kings Edward VII, George V, Edward VIII, her husband King George VI and her daughter Queen Elizabeth II.
She survived two World Wars, and was the first member of the Royal Family to fly around the world and to use a helicopter. When she visited the United States with King George VI, he was the first British Sovereign to visit America.

From ‘commoner to Royal’ -

The Queen Mother was born Elizabeth Bowes Lyon, the 9th child and 4th daughter of the 14th Earl and Countess. When she married the Duke of York in 1923, she arrived at Westminster Abbey in a plain carriage, symbol of her status as a commoner. As soon as they were married, she became Royal, and the couple left the Abbey in one of the State coaches.
Her husband, as the second son of the King had not expected to become King himself; the role was thrust upon him by the abdication of his older brother King Edward VIII. Queen Elizabeth supported her husband – a shy man – throughout his reign, encouraging him to try speech therapy to cure his stammer.
During World War II the Royal couple travelled the length and breadth of Britain giving support and encouragement to bombed-out families, factory workers, servicemen and women; their charm won hearts and raised morale wherever they went.

When King George VI died on 6th February 1952, Queen Elizabeth’s life changed dramatically. Her ‘role’ disappeared overnight as her daughter became Queen and she had to move out of Buckingham Palace and into Clarence House. Her new title, The Queen Mother was quickly shortened by the people of Great Britain to ‘The Queen Mum’ – so much was the affection she had earned over the years.
She continued her support for charities, public concerns, Regimental Events as Colonel in Chief of The Black Watch and Degree Award Ceremonies as Chancellor of Universities of both London and Dundee, until her death in 2002.