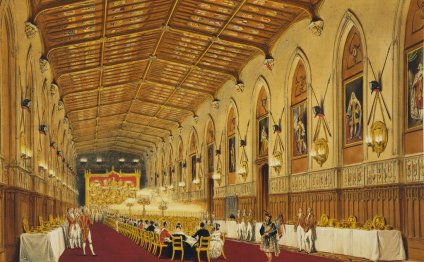 Where is the Windsor Castle?

It was William the Conqueror who first chose the site for Windsor Castle, high above the river Thames and on the edge of a Saxon hunting ground. He began building at Windsor around 1070, and 16 years later the Castle was complete. The Castle was originally built to secure the western approach to London, but easy access from the capital and proximity to a royal hunting forest recommended it early on as a royal residence.

By 1110, Henry I (r.1100-35) already had domestic quarters within the Castle, and his grandson Henry II (r.1154-89) converted the Castle into a palace. He built two separate sets of royal apartments within the fortified enclosure: a public or official State residence in the Lower Ward and a smaller private residence on the north side of the Upper Ward for his own exclusive occupation.

When it was first built, the Castle was walled in timber, but in the late 12th century Henry II began to replace the outer fortifications in stone. The original Norman keep was rebuilt as the Round Tower in 1170, and the entire outer perimeter was renewed over the next 60 years. Henry III (r.1216-72) completely rebuilt Henry II’s buildings in the Lower Ward and added there a large new chapel, all forming a coherently planned layout around a courtyard with a cloister. He also further improved the royal private apartments in the Upper Ward, as well as completing the circuit of stone walls round the Lower Ward.

From the 1350s to the 1370s, Edward III (r.1327-77) transformed Windsor from a military fortification to a gothic palace. He spent £50, 000 in the process, more than any other medieval English king spent on any other single building.

Under the direction of William of Wykeham, Bishop of Winchester, reconstruction of the Upper Ward began in 1357. An inner gatehouse with cylindrical towers was built, and on the north side of the Quadrangle, royal apartments with separate rooms for the King and his Queen, Phillipa of Hainault, were arranged around a series of internal courts. The King’s aim was to create one large palace containing both the State Apartments for official and ceremonial business, and the King’s and Queen’s own private apartments, in a single unified residence.

The work was not completed by the time of Edward III’s death, and continued for another six years into the reign of his grandson and successor Richard II (r.1377-99). Apart from the modernisation of the King and Queen’s great chambers and the addition of a gallery by Edward III’s great-grandson Edward IV (r.1461-83), the late 14th-century apartments survived unchanged until the 17th century.

The kings of the Middle Ages spent a great deal of their time converting the Castle into a suitable royal residence. Much of the work had therefore already been done by the time of the Tudors. The only major change made by Henry VII (r.1485-1509) was to build a narrow range west of the State Apartments, while the most significant additions of his successor Henry VIII (r.1509-1547) were the gate that bears his name at the bottom of the Lower Ward and the terrace along the north side of the external walls of the Upper Ward, constructed in 1533-4. This was built of timber and supported an arbour from which the King could watch the hunt in the park below.

By the time Elizabeth I (r. 1558-1603) took up residence at Windsor, many parts of the Castle were badly in need of repair. An extensive programme of improvements was undertaken throughout the 1570s. Elizabeth also built a long gallery overlooking the North Terrace. This gallery was incorporated into the Royal Library during the 19th century.

Charles II (r. 1660-1685) appointed the architect Hugh May to supervise the modernisation of the Royal Apartments, which became the grandest baroque State Apartments in England. The rich appearance of his new interiors was heightened by expensive textiles and magnificent tapestries, which, in order to preserve their colour, were only exposed when the King and Queen were in residence. Charles II’s transformation of Windsor from military stronghold to opulent baroque palace was complete by 1683.

The apartments created by Charles II survived virtually unchanged to the end of the 18th century, when, under the direction of draughtsman John Yenn, George III (r.1760-1820) gave several of the baroque State Apartments on the north side of the quadrangle a neoclassical dressing. Yenn also designed a Music Room and new Dining Room in the east range of the Upper Ward.

In 1796, the King appointed James Wyatt as Surveyor-General of the Office of Works, and changes to the Castle continued apace. The general aim of George III and Wyatt was to transform the exterior of the buildings into a gothic palace, while retaining the character of the State Rooms.

The gothic transformation of the Castle continued after George IV (r.1820-30) succeeded to the throne in 1820. Mindful of the symbolic importance of Windsor as a bastion of Monarchy and the nation, George IV and his artistic adviser Sir Charles Long wanted the exterior of the Castle to have a more imposing appearance. They added to the height of the Round Tower, re-clothed the exterior in massive masonry and created towers and battlements.

A 168-metre gallery, the so-called Grand Corridor, was added to the Upper Ward, the State Apartments on the north side were given a new grand entrance and staircase, and two large new spaces were created – the Waterloo Chamber, celebrating the defeat of Napoleon Bonaparte in 1815, and the extended St George’s Hall.

The firm of Morel & Seddon was awarded a contract to supply modern furnishings, much of it in the latest French Empire style. By the time the King finally took up residence at Windsor towards the end of 1828, his improvements to the Castle had cost nearly £300, 000.

George IV’s restoration of the Castle was so comprehensive that comparatively little needed to be done by his successors. Under Queen Victoria (r.1837-1901) a new private chapel, designed by Edward Blore, was created at the eastern end of St George’s Hall, and the Grand Staircase was reconstructed. The Royal Mews and riding school, south of the Castle were completed in the 1840s.

On 20 November 1992 a fire broke out in Queen Victoria’s private chapel. The fire quickly engulfed the roof spaces, destroying the ceilings of St George’s Hall and the Grand Reception Room, as well as gutting the private chapel, the State Dining Room and the Crimson Drawing Room.

Video on topic: Where is the Windsor Castle?

More from Windsor Castle, where the Royal Family are gathered

Scene outside Windsor castle, where the royal family are ...

Where is the Queen Mum buried?

The Duke did not heed that advice. Bitterness came easily to him and, since he had nothing to do, he had time to mull it…