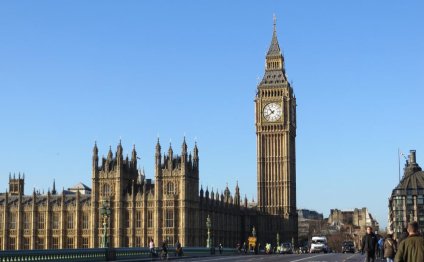 In the late 1580s, Sir Walter Raleigh attempted to plant a colony for England in present-day North Carolina. This unsuccessful and expensive settlement, often referred to as The Lost Colony, made the English crown wary of trying again.

It was not until 1606 that the Virginia Company of London received a charter from the newly-crowned King James I. Following the precedent set by other companies such as the Moscovy Company and East India Company, the Virginia Company was a joint-stock company, which sold shares. All who purchased shares at a cost of £12 10s shared in the success or failure of the venture. The Virginia Company was formed both to bring profit to its shareholders and to establish an English colony in the New World. The Company, under the direction of its treasurer Sir Thomas Smith, was instructed to colonize land between the 34th and 41st northern parallel.

In December 1606, the Virginia Company's three ships, containing 144 men and boys, set sail. On May 13, 1607, these first settlers selected the site of Jamestown Island as the place to build their fort.

In addition to survival, the early colonists had another pressing mission: to make a profit for the stockholders of the Virginia Company. Although the settlers were disappointed that gold did not wash up on the beach and gems did not grow in the trees, they realized there was great potential for wealth of other kinds in their new home. Early industries such as glass manufacture, pitch and tar production and beer and wine making took advantage of natural resources and the land's fertility. However, the settlers could not devote as much time as the Virginia Company would have liked to their financial responsibilities. They were too busy trying to survive.

Within the three-sided fort erected on the banks of the James, the settlers quickly discovered that they were, first and foremost, employees of the Virginia Company of London, following instructions of the men appointed by the Company to rule them. In exchange, the laborers were armed and received clothes and food from the common store. After seven years, they were to receive land of their own. The gentlemen, who provided their own armor and weapons, were to be paid in land, dividends or additional shares of stock.

Initially, the colonists were governed by a president and seven-member council selected by the King. Leadership problems quickly erupted and Jamestown's first two leaders coped with varying degrees of success with sickness, Indian assaults, poor food and water supplies and class strife.

When Captain John Smith became Virginia's third president, he proved the strong leader that the colony needed. Industry flourished and relations with Chief Powhatan's people improved. In 1609, the Virginia Company received its Second Charter, which allowed the Company to choose its new governor from amongst its shareholders. Investment boomed as the Company launched an intensive recruitment campaign. Over 600 colonists set sail for Virginia between March 1608 and March 1609.

Unfortunately for these new settlers, Sir Thomas Gates, Virginia's deputy governor, bound for the colony, was shipwrecked in Bermuda and did not assume his new post until 1610. When he arrived, he found only a fraction of the colonists had survived the infamous "Starving Time" of 1609-1610. All too soon, the Mother Country learned of Virginia's woeful state. The result was predictable: financial catastrophe for the Company. Many new subscribers reneged payment on their shares, and the Company became entangled in dozens of court cases. On top of these losses, the Company was forced to incur further debt when it sent hundreds more colonists to Virginia.

There was little to counter this crushing debt. No gold had been found in Virginia; trading commodities produced by exploitation of the raw materials found in the New World were minimal. Attempts at producing glass, pitch, tar and potash had been barely profitable and, regrettably, such commodities could be had far more cheaply on the other side of the Atlantic.

how manufacture oxygen how far london to italy where to learn entrepreneurship how management is multidimensional how much workers comp coverage do i need when product patent started in india where technology meets business who buy products and who use product how much tech trash from computer who devised the metric system where is made in made in how teaching has changed how design makes the world which science is the most important where science ends religion begins how technological advancements affects humanity whom comma how many start ups fail uk which development is best what manager has the most ejections what technology was used to build the pyramids how teaching happens how many workers died building versailles how start up a business where system earthing is done where is danielle from design star why startups register in delaware where to donate technology what product is dr pepper where system preferences mac where london is where from vivo company how much technology is used daily which science is the easiest which system has no solution where to study engineering in south africa how much design cost how many technology devices are there how development can be achieved in the philippines what design style is west elm where to design wedding invitations where technology is going how road map why startups succeed where device link is used
Source: www.nps.gov

Four Historical Fact that Prove Jesus Really Rose from the ...