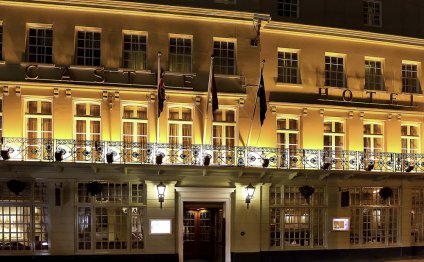 Alton Tower’s Oblivion chugs above the Peak District staples of farmers market, wind farm and canal, and the uniquely northern Coronation Street makes a teeny nod to TV. Outside, rain batters the car park at the Trafford Centre while we are invited into the warmth of Professor Brick’s factory; to pull the rainbow levers and create a plastic Lego block as a souvenir.

“I didn’t really make that brick. It’s just pretend, ” says 10 year old Cameron who is picked out to turn the wheel. But that doesn’t stop him taking the first ride in Manchester very seriously; howling when his laser fails to hit the target. With a plan to do all the rides before the place fills up, we head for the newest; the Forest Pursuit Driving Adventure, where kids drive through a jungle with various levels of competence. One girl is blowing bubble gum like Veruca Salt and acting like a three point turn wouldn’t be an issue. Another crashes as soon as the ride begins and waves her hands in the air.

“Turn the wheel to the left” says the staff member in charge of the carnage, who is already having a busy day.

“Which is left?” she cries.

While my children have fun shooting at monsters and flying around in giant bricks as Merlin’s Apprentice, the creative challenges are more to their taste. At the Master Model Builder‘s class they are taught how to construct a Lego Union Jack (not as easy at it looks). Then they make cars and race them before sitting happily in giant buckets of the plastic stuff. A couple of hours into our visit and I’m of the opinion that Manchester’s Legoland Discovery Centre is a purer Lego experience than the theme parks like Windsor. As it hints at in the title, the emphasis is on interactive fun and creativity, rather than passively sitting on rides.

At Legoland Windsor, signs all over the site warn you that building tall towers is forbidden, which is surely ironic for a company that has made its fortune out of selling building bricks (There are about 70 Lego bricks for every one of the world’s 6 billion inhabitants.) But at the Manchester’s Discovery Centre, their mission is to help you build.

“I dare you to make a tower higher than that, ” says Kevin, the helper at the earthquake station, pointing towards the mini-skyscrapers that look down on the lunch queue. My kids like a challenge and soon their Duplo tower exceeds their own height. As it starts to climb above the skyscrapers, Kevin asks them to pause. Everyone assumes he’s calling an end to the building project on health and safety grounds, but instead he gives out hard hats. It’s time to test the tower against the earthquake.

The Discovery Centre in Manchester can keep the little ones amused for at least a morning, there are good discounts for booking online, and it’s a great option for the long summer holidays when the weather’s a bit iffy.

But if you have children who prefer thrills or you’re looking for a big day out, you might be better off heading to Windsor where you’ll be rewarded by countless rollercoasters, live shows and themed rides. A huge Miniland gives the park its Lego quota; with scenes from the Star Wars movies re-created in a brand new exhibition. Hence Darth Vader.

My family revel in the water rides; according to the attendant on duty we achieve the day’s record for log flume soakings. And later on we dry off in the bar of the new on-site resort hotel which even has Lego pieces in the furniture. If you want to get away for the weekend, then the historic town of Windsor is a prettier setting than Manchester’s Trafford Centre; after you’ve courtesied to the minifigure of the Queen, you can then check out one of her full size homes.

After two attractions we feel we’ve given Lego a good go, but in fact this just the tip of the iceberg. More centres and parks are coming on line all the time; you can even do a tour of the factory at Billund. If your children are young enough to love a Lego brick then they’ll enjoy a day out at either of these two attractions. Mine return home with a renewed interest in plastic nodules, while I am still mesmerised by Darth Vader. The dark side has never looked so bright.